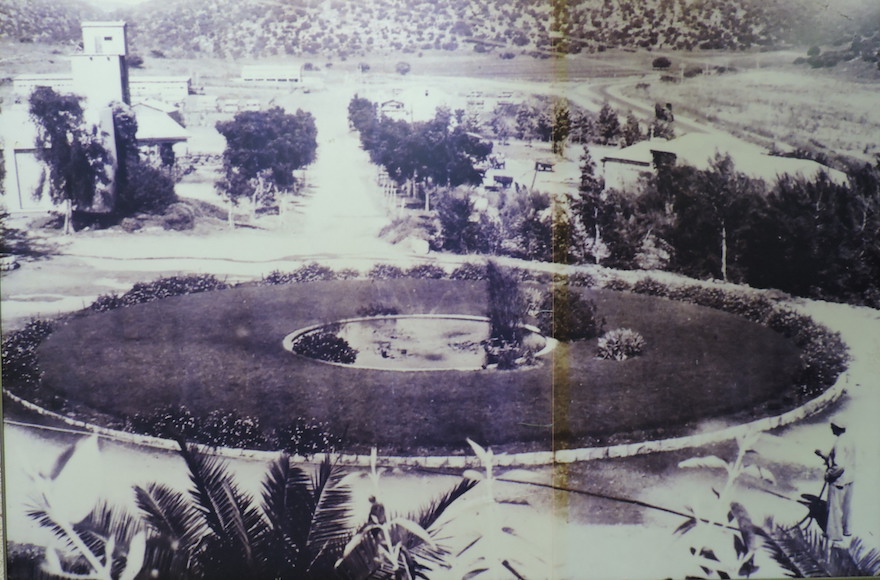 Kibbutz Sha'ar Ha'amakim as it was in 1963, when Bernie Sanders volunteered there for several months. (Ben Sales)
Advertisement

SHAAR HAAMAKIM, Israel (JTA) — Every morning, Bernie Sanders would wake up at 4:10 a.m. to pick apples and pears.

Leaving the cabin he shared with a few other American college student volunteers, Sanders would have a quick bite of bread before heading out to the orchard. After 2 1/2 hours of work, he and the other 20 or so volunteers would sit down for a traditional 30-minute Israeli breakfast of tomatoes, cucumbers, onions, butter and hard-boiled eggs.

Then it was back to work. Probably.

It’s hard to know his routine for sure, but that spartan schedule was standard fare for American and French volunteers at Shaar Haamakim, the Israeli kibbutz where the U.S. Democratic presidential candidate apparently spent several months in 1963. The name of his kibbutz had remained a mystery until last week, when Haaretz unearthed a 1990 interview with Sanders identifying the agricultural commune.

No one currently at Shaar Haamakim remembers Sanders, who has preached his doctrine of democratic socialism on the campaign trail. No records with his name survive.

But Albert Ely, 79, who managed the kibbutz volunteer program in the early 1960s, remembered someone named Bernard. And he said that if Sanders was there, he was probably picking fruit before the sun rose.

“I was astonished that the name Bernard, which is French, belonged to an American,” Ely told JTA, sitting in his home here. “I remember a lot of volunteers. I don’t remember him. If he was here, he was with the Americans.” 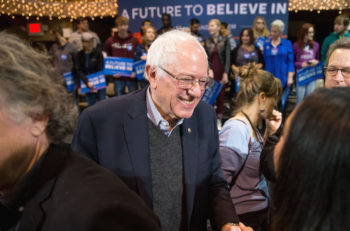 Founded in 1935 by immigrants from Romania and Yugoslavia, Shaar Haamakim sits at the nexus of two valleys near the northern port city of Haifa. During Sanders’ time, its members grew apples, peaches and pears, and were opening a factory for solar water heaters. The kibbutz also boasts a flour mill.

But as much as agriculture or industry, ideology drove Shaar Haamakim in the ’60s. The kibbutz belonged to the Israeli political party Mapam, which in the 1950s had been a communist, Soviet-affiliated faction. Kibbutz members had admired Joseph Stalin until his death, and they would celebrate May Day with red flags. They spoke of controlling the means of production, taking from each according to his abilities and giving to each according to his needs.

“All the members were equal in all ways,” said Yair Merom, the kibbutz’s current chairman. “They lived in identical houses. There wasn’t a salary; everyone received according to their needs. The kibbutz gave everything: food, shelter, education, health.”

Merom says Shaar Haamakim is proud to have hosted a U.S. presidential candidate who trumpets its principles.

Socialist ethos permeated kibbutz life in the ’60s. All of the kibbutz’s 360-some members wore the same uniform: khaki slacks with a matching button-down shirt. After working in the morning and early afternoon, members often would attend committee meetings where they would discuss the kibbutz’s problems. Until 1991, as at many other kibbutzim, kids lived apart from their parents at a children’s house.

Several things, according to Ely, were considered “taboo” or bourgeois: skirts, playing cards, neckties, ballroom dancing. Instead, when they weren’t working or holding meetings, kibbutzniks would take classes on anything from English language to choir singing. Once or twice a week they would dance to Israeli folk songs. Tuesday was culture night. 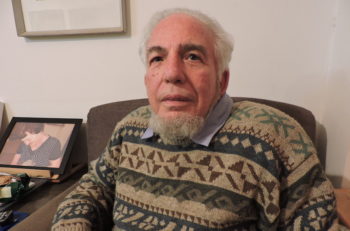 Albert Ely, 79, ran the kibbutz volunteer program when Sanders was at Shaar Haamakim. He doesn’t remember Sanders specifically, but does remember there being an American named Bernard. (Ben Sales)

“In the ‘60s, the members were very idealistic,” Ely said. “They believed in the path they were going on. They thought it was [also] the solution to other problems. They thought they had a mission to help the population outside to do as they did on the kibbutz.”

Kibbutz members tried to impart some of those values to volunteers, most of whom stayed for a one-month program of work and a weeklong hike. After they finished picking fruit at noon, ate lunch and rested for a few hours, volunteers would attend lectures on Zionism, the history of Israel and kibbutz life.

Fewer than 100 volunteers came annually to the kibbutz in the early 1960s, Ely estimates. Those who stayed longer than a month, like Sanders, likely would have worked in the cowshed or the fishery. Some volunteers also built relationships with adoptive families on the kibbutz.

Although Shaar Haamakim, like many other kibbutzim, underwent privatization in the early 2000s, its members still jointly own its factories and maintain a fund to support kibbutzniks in need.