Netanyahu plans to surround all of Israel with fence 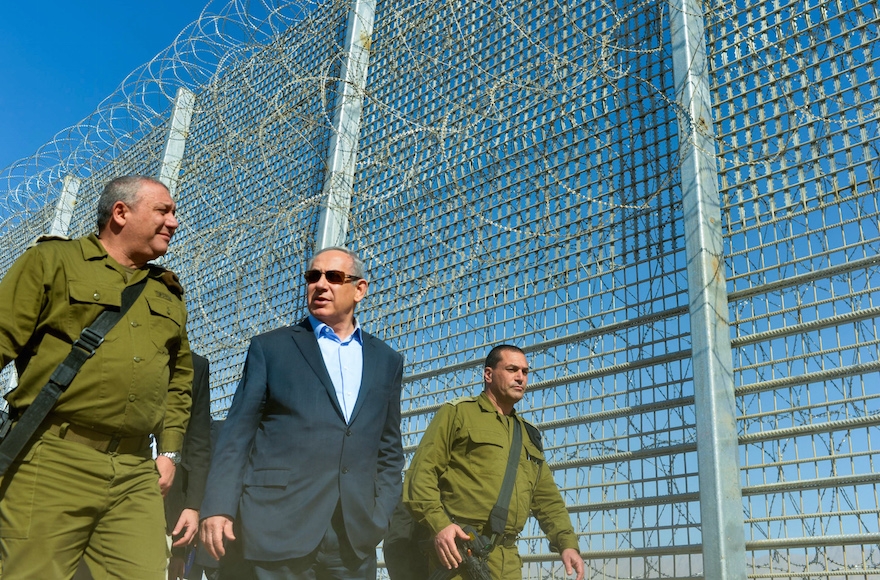 “At the end, in the State of Israel, as I see it, there will be a fence that spans it all,” Netanyahu said Tuesday while on a tour of the security fence being constructed on the country’s eastern border with Jordan. “Will we surround all of the State of Israel with fences and barriers? The answer is yes. In the area that we live in, we must defend ourselves against the wild beasts.”

The plan will also address the threat from underground tunnels that cross the border, Netanyahu said, according to the Times of Israel.

“If you’re thinking of erecting a fence there, you have to take into account that they could tunnel underneath it,” he said.

The multi-year plan, which will also include closing the holes in the West Bank security barrier, “will cost many billions,” Netanyahu said.

In his speech, Netanyahu noted that securing the border with the West Bank is more challenging than the border with Jordan because “you have built up areas, buildings along the separation line.”