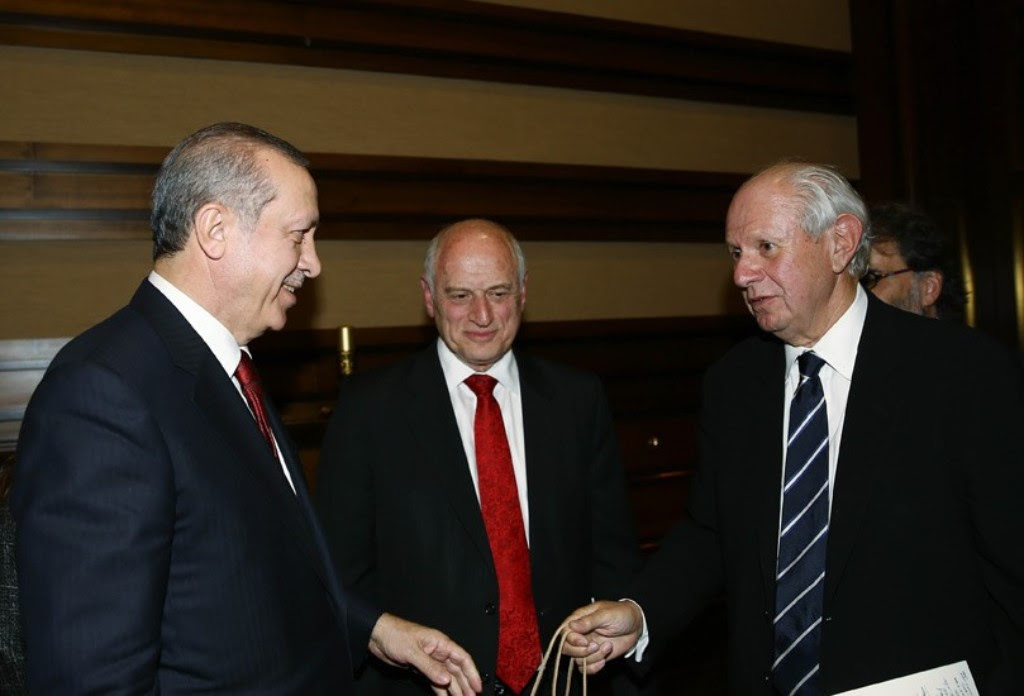 WASHINGTON (JTA) — A delegation from the Conference of Presidents of Major American Jewish Organizations met with Turkish President Recep Tayyip Erdogan as Turkey and Israel seek to improve ties.

Stephen Greenberg, the chairman of the umbrella foreign policy body for U.S. Jewish groups, and Malcolm Hoenlein, its executive vice president, met with Erdogan Tuesday in Ankara, according to a statement by the group.

“They discussed a range of issues including relations between Turkey, the United States and Israel, terrorism and extremism, and regional conflicts,” the statement said. “The delegation was accompanied by heads of the Turkish Jewish Community, led by Isak Ibrimzadeh.”

Haaretz reported that Hoenlein conveyed notes on the meeting to Israeli Prime Minister Benjamin Netanyahu. Israeli and Turkish diplomats have met in recent weeks to advance reconciliation. The Israeli daily said they were to meet again Wednesday in Switzerland.

In recent weeks, Erdogan has expressed an interest in renewing ties ruptured over Israel’s 2009 war with Hamas in the Gaza Strip and then a deadly Israeli raid in 2010 on a Turkish aid ship attempting to breach Israel’s blockade of the strip.

A confluence of events led to Erdogan’s outreach to Israel, including uneasiness shared with Israel at the Russian and Iranian intervention in the civil war in Syria, which borders both countries, and Israeli plans to mine natural gas in the eastern Mediterranean together with Greece and Cyprus. Netanyahu has said he is not opposed to Turkey joining the natural gas venture.

“The far-ranging discussion dealt with issues such as energy, incitement, and the role of Russia, Iran and other countries,” the Presidents Conference statement said. “They also talked about their commonalities as descendants of the Abrahamic faiths and the multiple challenges that they face, emphasizing the need to work together to fight manifestations of hate against Jews, Muslims, Christians, and others. President Erdogan outlined eight of his policy priorities, including the issue of energy and potential for regional cooperation involving Israel as well.”

For the past two years, the Obama administration has encouraged a reconciliation between Israel and Turkey, its two closest regional allies.