Sanders, Clinton clash over whether to establish ties with Iran 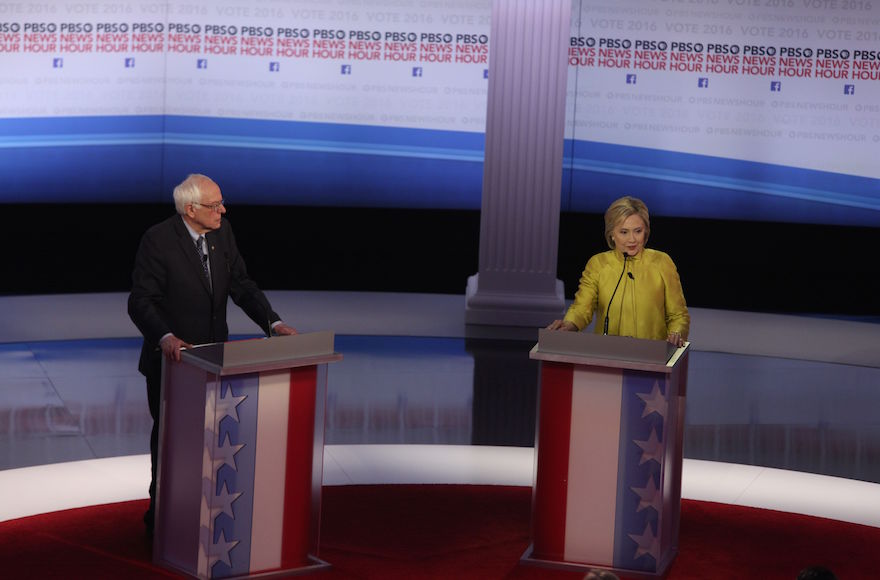 Meeting in Milwaukee Thursday night for the latest debate in the race for the Democratic presidential nod, Sanders, the Independent senator from Vermont and Clinton, the former secretary of state, drew pronounced distinctions on Iran policy.

Sanders avoided using the word “normalize” relations, as he had in previous debates, but said improving relations with Iran was more likely to roll back its backing for terrorism than isolating it.

“The idea that we someday maybe have decent relations with Iran, maybe put pressure on them so they end their support for terrorism around the world, yes, that is something I want to achieve,” he said. “And I believe that the best way to do that is to be aggressive, to be principled, but to have the goal of trying to improve relations. That’s how you make peace in the world. You sit down and you work with people, you make demands of people, in this case demanding Iran stop the support of international terrorism.”

Clinton, who noted her role in shaping last year’s sanctions relief for nuclear rollback deal between Iran and six major powers, said Iran must first end backing for terrorism before any normalization process is launched.

“Yes, they have to stop being the main state sponsor of terrorism,” she said. “Yes, they have to stop trying to destabilize the Middle East, causing even more chaos. Yes, they’ve got to get out of Syria. They’ve got to quit sponsoring Hezbollah and Hamas. They have got to quit trying to ship rockets into Gaza that can be used against Israel. We have a lot of work to do with Iran before we ever say that they could move toward normalized relations with us.”

Sanders, who has been reluctant to discuss his Judaism in national forums, appeared to allude to it when he was asked by the PBS moderators about Clinton’s historic potential as the first woman president. He referred both to his socialist beliefs and his “background.”

Sanders became the first Jewish candidate to win a primary when he won the vote in New Hampshire on Tuesday.