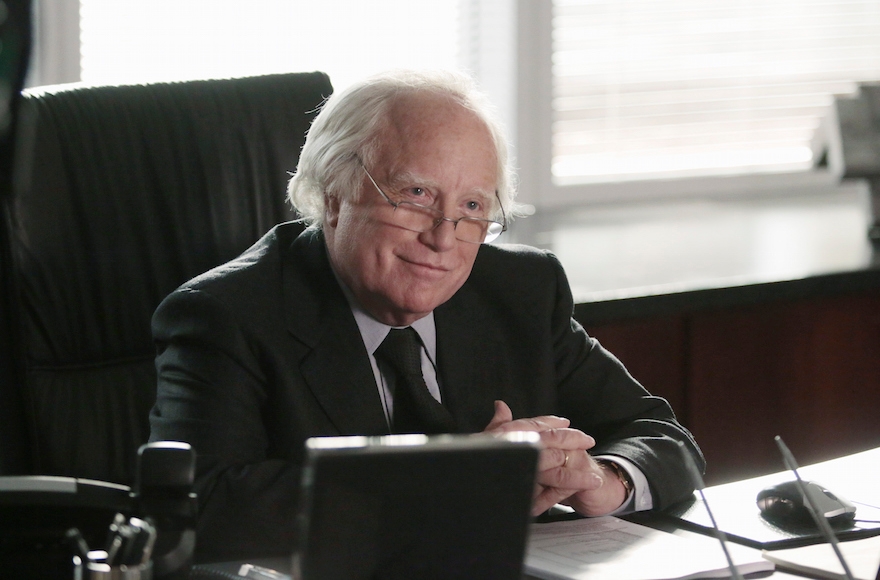 (JTA) — Ponzi schemer Bernie Madoff took a shot at ABC for mischaracterizing his life in the television network’s miniseries that aired earlier this month.

Madoff, who is serving a 150-year sentence in federal prison, scoffed at his portrayal in “Madoff” in an email to network rival NBC.

“I’m sure it is fruitless to enumerate the numerous fiction and absurd mischaracterization (sic) in the ABC movie,” Madoff wrote, NBC reported Tuesday. “However I have never been one to turn the other cheek. I will just cover those incidents that have drawn queries.”

Madoff, 77, pleaded guilty in 2009 to defrauding investors of tens of billions of dollars in what is considered the largest financial crime in U.S. history. Many of his victims were Jewish and Israel-related philanthropies, as well as individual American Jews.

In his email Madoff, who reportedly saw the miniseries starring Richard Dreyfuss in the title role, asserted first that “I have NEVER slapped my son Mark.”

He also clarified that his wife, Ruth, was never “an officer” in his firm, and objected to the characterization of his brother, Peter, as a “pathetic soul.” Madoff also denied having an affair with the chief financial officer of a Jewish charity harmed by the scheme and called her a “stalker.”

Madoff pointed out that his father was the president of his Queens synagogue and his parents were highly regarded in the community.

He expressed contrition about his crime.

“Yes I made a disasterous (sic) business mistake that caused unforgiveable (sic) pain to my family, friends and clients, and will continue to do everything in my power to recover their lost investment principal,” Madoff wrote.