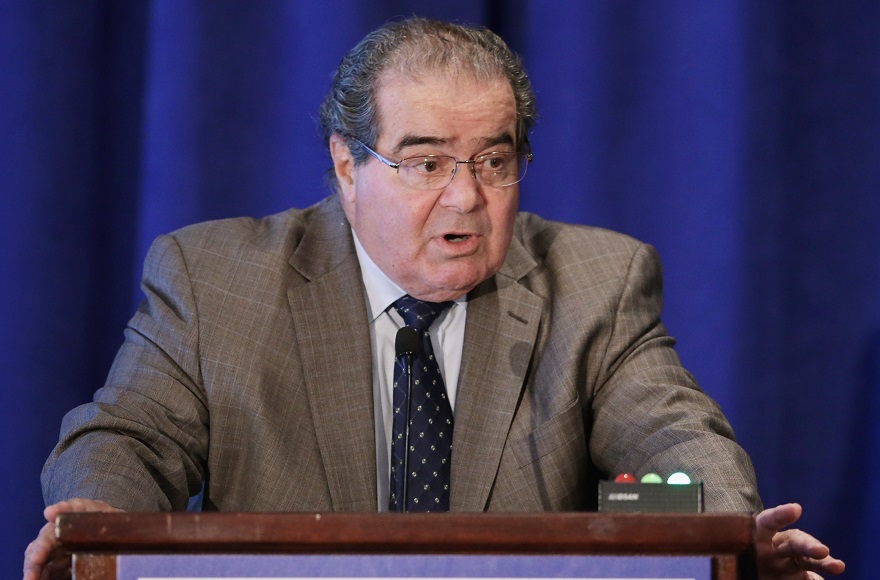 Thirteen of the 31 groups signing the letter sent Friday to Majority Leader Sen. Mitch McConnell, R-Ky., and Sen. Chuck Grassley, R-Iowa, the chairman of the Senate Judiciary Committee, were Jewish. Among them were groups representing the Reform and Reconstructionist movements, as well as the Anti-Defamation League, the Habonim Dror youth movement, the National Council of Jewish Women, the Jewish Council for Public Affairs and Jewish Women International.

“A seat intentionally left vacant for an extended period of time – either through a delayed nomination or delayed consideration – threatens the ability of the government to operate at full capacity, as well as the ability for justice to be served in a timely fashion,” said the letter, organized by the Reform movement’s Religious Action Center. “Justice delayed is anathema to us as Americans and as people of faith seeking to create a more just nation and world.”

McConnell has urged Obama to leave any nomination to the next president and has suggested that the Republican-led Senate simply would not consider a nomination. Grassley, whose committee would first consider any nomination, has been more equivocal, saying that he would not out of hand refuse to consider an Obama nominee, but also doubting that one would clear the Senate before Obama leaves office next January.

Scalia, one of the court’s most conservative justices, died suddenly last weekend. Obama has said he would soon nominate a replacement.

In addition to signing onto this letter, eight leaders of the Reform movement sent a similar letter to McConnell and Grassley citing Jewish teachings.

“Many of the Torah’s commandments and rabbis’ teachings specifically deal with the importance of a fair judicial system,” said the letter sent Friday.

“The delay of justice is said to be a cause of violence, as we are taught, ‘The sword came into the world because of justice delayed and justice denied’ (Pirke Avot 5:8),” said the letter, signed by Rabbi Rick Jacobs, the president of the Union for Reform Judaism, as well as lay and professional leaders of four other branches of the movement. “These lessons in the importance of a fully functioning judicial body inspire our belief that a delay in filling the open Supreme Court seat would inhibit the delivery of justice and undermine our nation’s judicial system overall.”

“The judicial vacancy created by the death of Justice Scalia triggers two Constitutional duties, one assigned to the President and the other to the Senate. The President is to nominate someone he believes qualified to serve on the high court, and the Senate is obligated to consider whether or not to give its advice and consent to that nomination.

The American Jewish Committee issued its own statement Monday.

“The Supreme Court is an essential institution of government, whose efficient functioning depends on having a full complement of justices. That requires the President and the Senate to discharge their respective duties. How they are exercised inevitably involves some political judgments. But whether they are exercised should not be the subject of debate,” the statement said.

“Historically, AJC does not take positions on judicial nomination, nor do we expect to do so when President Obama announces his nominee to fill the current Supreme Court vacancy. But it is essential that the founders’ enshrined plan for appointment of judges be respected, not bypassed.”