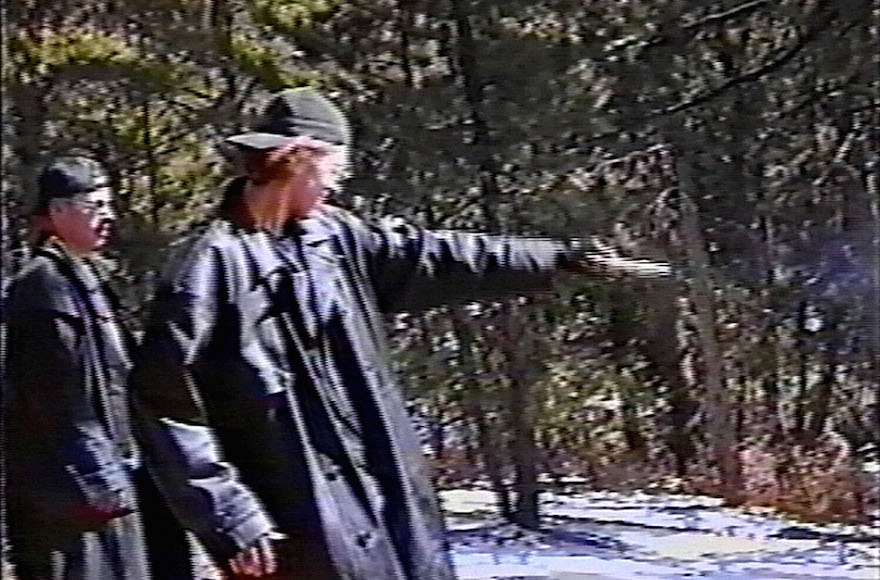 (JTA) — Columbine school shooter Dylan Klebold revealed he was Jewish when he mentioned dreading a family Passover seder, creating a tense moment with his fellow shooter, his mother said.

Klebold and Eric Harris had openly admired Adolf Hitler. They opened fire on students and teachers at Columbine High School in Colorado on the Nazi leader’s birthday in 1999, killing 12 classmates and a teacher and wounding 23 people before taking their own lives.

Klebold’s mother, Sue, confirmed to radio host Terry Gross on “Fresh Air” Tuesday that she is Jewish, and her now ex-husband, Klebold’s father, is Lutheran. She said her son had not wanted to attend the family’s Passover seder, which took place weeks before the shooting.

Sue Klebold recalled seeing a video after the shooting in which her son mentioned the upcoming seder, leading to a tense moment with Harris, who she thinks was previously unaware that Klebold had Jewish family.

“What was surprising and shocking about that component of the tapes was that it was obvious to Eric that he didn’t know that Dylan had Jewish family members – that it was a surprise to Eric. And I remember Dylan sort of backpedaling and saying, ‘Well, she’s not really Jewish. She’s really just sort of an eighth Jewish, or maybe a fourth Jewish,’” Sue Klebold said.

“And Eric stared at him in the tapes. And there is a moment in observing those where you really wonder what Eric is going to do, if he is going to extend sort of a condemnation to Dylan or to me. And it’s very quiet for a moment. And you can see that Dylan is visibly shaken by having to reveal this.”

The exchange was recorded on the “basement tapes,” in which the shooters express their wide-ranging hatreds – including of Jews – and lay out their violent plans. The tapes were destroyed by a local sheriff, which Sue Klebold advocated for.

Ultimately, Sue Klebold said, Harris chose not to hold her son’s Jewish heritage against him.

“But then Eric says you know, ‘That’s a bummer,’ or you know, ‘I’m sorry man,’ or something that’s expressing his sympathy for having to deal with this,” she said.

Sue Klebold is promoting “A Mother’s Reckoning,” an account of how she has dealt with her son’s murder-suicide. (All of the author revenues from the book, minus expenses, will be donated to research and charitable foundations focusing on mental health issues).

Klebold relented and attended the seder, where he read the Four Questions.