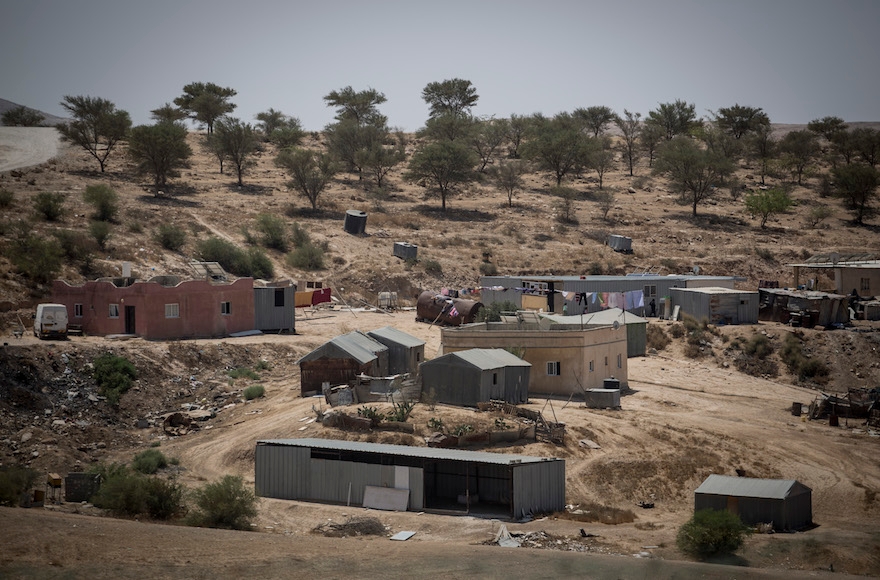 The regional councils, which include 11 villages, resulted from the split of the Abu Basma Regional Council in 2012. That council, established in 2004, was the first Bedouin municipal council in the Negev and was appointed rather than elected.

“This is an important decision despite the fact that it is belated,” Salama Abu Kaf, a member of the local committee of Umm Batin, a village in the al-Kasom Regional Council, told Haaretz last week. “I hope that it will actually be implemented, not as in previous instances when they made sure to cancel it by various means.”

Abu Basma was scheduled to hold an election in December 2012, but in October of that year, then-Interior Minister Eli Yishai split the regional council in half, thereby postponing the election. By Israeli law, all new councils have appointed, not elected, heads for a four-year term with the possibility of a one-term extension.

Bedouin in all but the largest villages supported the postponement, not wanting to be governed by their more numerous neighbors. Members of unrecognized villages and NGOs opposed the delay of democratic elections, according to the 2015 book “Israel’s Invisible Negev Bedouin” by University of Haifa scholars.

Israel has had a fraught relationship with its Bedouin population since the state was founded. Some 224,000 Bedouin lived in the Negev in 2014, a quarter in unrecognized villages, according to Israel’s Central Bureau of Statistics. They are among the most socioeconomically marginalized communities in the country.