Poll: Jewish-Israelis prefer Clinton to Sanders by more than 2 to 1 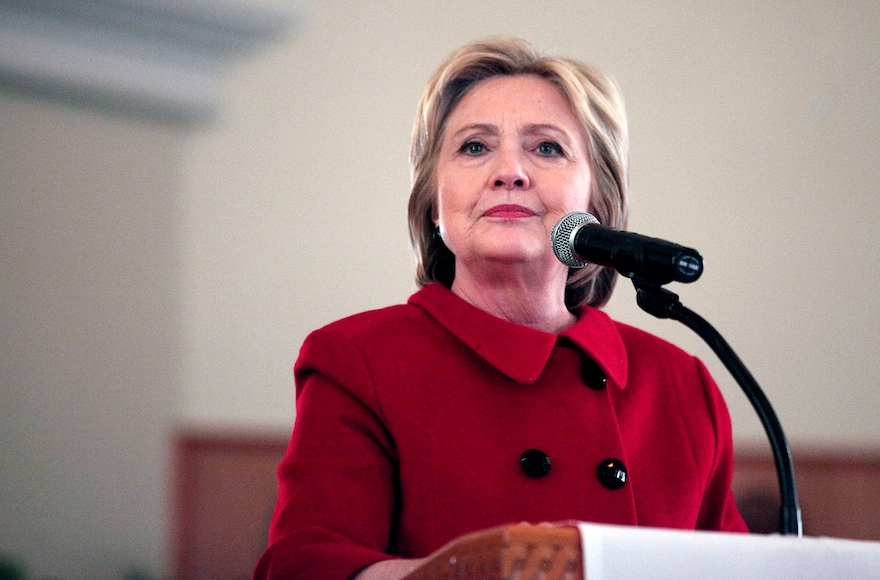 (JTA) — Of the two Democratic candidates in the U.S. presidential race, Israelis prefer the non-Jewish one.

The survey of 600 Israelis also found that 61 percent of Jewish-Israelis believe Republican front-runner Donald Trump’s positions on Israel are “very or moderately friendly.” In addition, 34 percent of Jewish-Israelis surveyed believe a Republican president would be better than a Democratic one for Israel and 28 percent think a Democratic president would be better, while 38 percent had no opinion or did not know.

In addition to asking about the U.S. elections, the poll solicited opinions on the recent wave of terror, and 90 percent of Jewish-Israelis are confident the Israel Defense Forces is “currently operating in a very or moderately moral fashion in counteracting the terror wave.” Fifty percent of the Jewish respondents said they disagreed with a recent statement by IDF Chief of Staff Gadi Eisenkot saying the army should operate greater restraint in acting against alleged terrorists.

The telephone survey was conducted from Feb. 28 to March 1. According to the Israel Democracy Institute, which conducted the survey, the respondents “constitute a representative national sample of the adult population aged 18 and over.” The margin of error was plus or minus 4.1 percent.