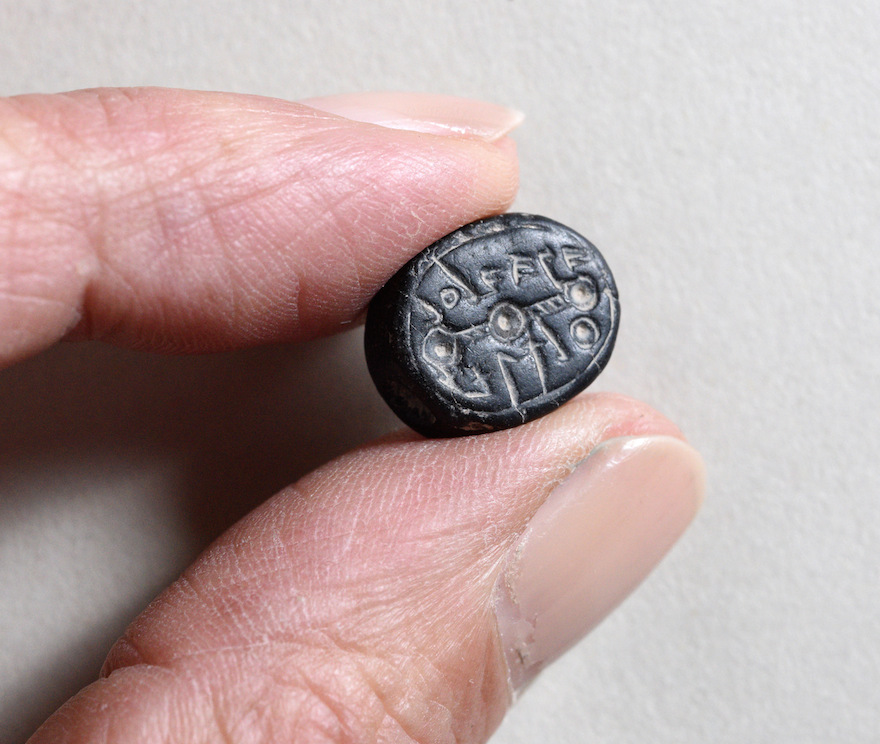 (JTA) — A First Temple-era stamp that is distinctive both for its age and the fact that it belonged to a woman, was recently discovered in excavations in Jerusalem.

The 2,500-year-old personal seal, made of semi-precious stone and bearing the words in Hebrew “To Elihana bat Gael,” was uncovered at the City of David, the Israel Antiquities Authority announced this week.

The stamp was found near one belonging to a man named “Sa‘aryahu ben Shabenyahu” inside a structure, believed to be an ancient administrative center, built of cut stone.

In a statement, archaeologists Doron Ben-Ami, Yana Tchekhanovets and Salome Cohen, said: “Personal seals, such as those of Elihana and Sa‘aryahu, were used for signing documents, and were frequently inlaid as part of a ring that was worn by the owner. In antiquity they designated the identity, genealogy and status of the owner of the seal.”

Hagai Misgav, an archaeology professor at Hebrew University in Jerusalem, said in a statement: “Seals that belonged to women represent just a very small proportion of all the seals that have been discovered to date. This is because of the generally inferior economic status of women, apart from extraordinary instances such as this. Indeed, the name Elihana does not appear in the Bible, and there is no other information regarding the identity of the woman, but the fact that she possessed a seal demonstrates her high social status.”