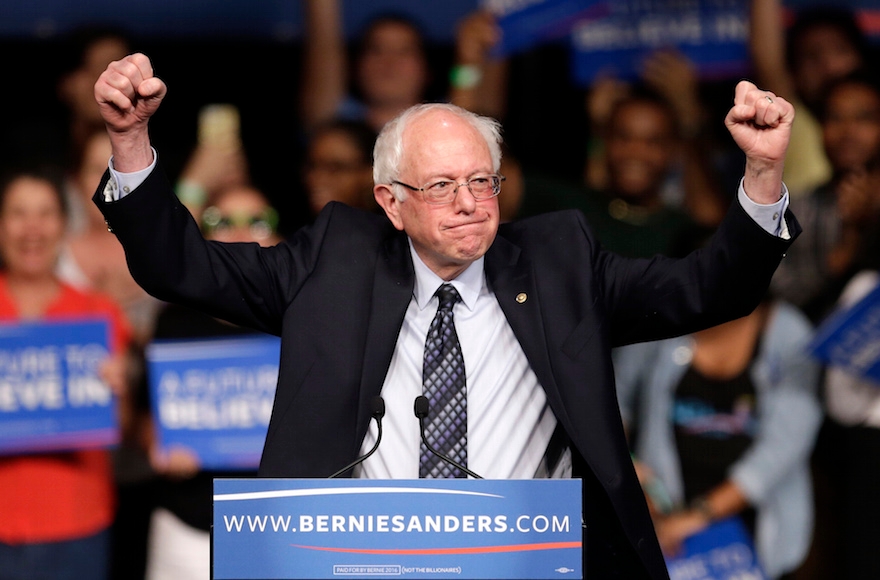 WASHINGTON (JTA) — Arab Americans in the Dearborn area voted 2 to 1 for Bernie Sanders in the Michigan Democratic primary, according to an Arab-American newspaper.

“Arab Americans voted 2 to 1 for Sanders in almost every east Dearborn precinct,” the Dearborn-based Arab American News reported Wednesday, the day after Sanders upset Hillary Clinton. Polls had showed Clinton leading in the state, some by as much as 20 points.

Sanders had campaigned among Arab Americans, broadcasting campaign ads in the Dearborn area in Arabic, according to The Intercept, a news website. At an event Monday, on the eve of the primary, he said he would be even-handed in brokering peace between Arabs and Israelis.

The Arab-American News had endorsed Sanders, citing what it said was his “unequivocal” condemnation of Islamophobia, and said his foreign policy would not be subject to pressure from “special interest groups.”

“His foreign policy will not be dictated by a military industrial complex that promotes war for profit or Christian Zionist groups that lobby Washington to support Israel for theological reasons,” the newspaper  said, although it said his posture on Israel was deficient, in part because he defends Israel’s right to self defense and has blamed Palestinians in part for hostilities.