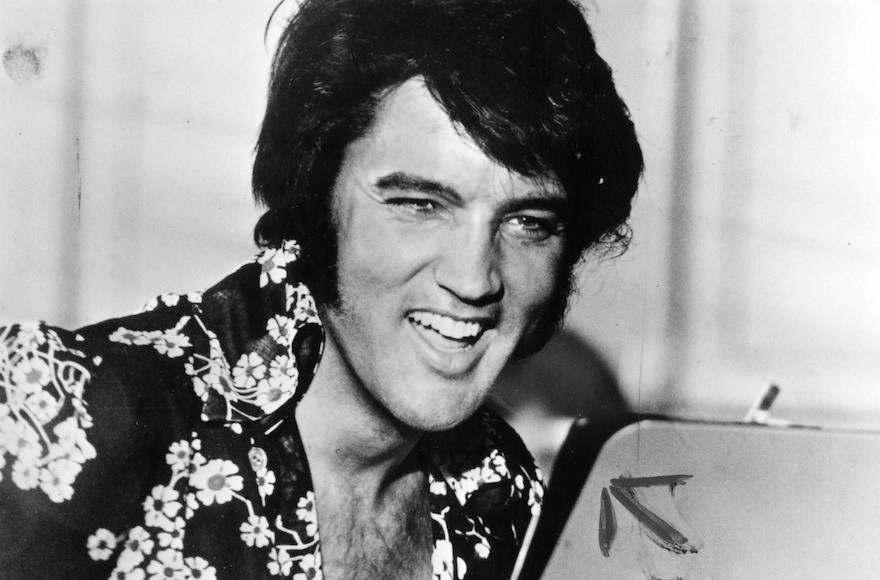 These guys in Queens may be the world’s proudest Shabbos goys, but they’re hardly the most well-known ones.

Here are a few of the more famous non-Jews who have helped religious Jews skirt Sabbath restrictions by performing such forbidden acts as turning off lights or flipping on the A/C.

Harold Fruchter, a singer and guitarist in a Jewish wedding band, and the son of a rabbi, was born in 1952. When he was a baby, and up to the age of 2, his family lived in the upstairs apartment of a two-story flat in Memphis. Their downstairs neighbors were the Presleys. The two families formed a friendship, and the future King of Rock, just a teenager then, learned to pick up the cues when the Fruchters needed someone to turn on a light or unlock a door on Shabbos.

In 1999, while still in the Illinois State Senate, he shared an office suite with Ira Silverstein, an Orthodox Jew. Obama peppered Silverstein with questions about Orthodox restrictions on daily life: the kosher laws and the sanctions against certain kinds of behavior on the Sabbath. “On the Sabbath, if I ever needed anything, Barack would always offer,” remembers Silverstein. “Some of the doors are electric, so he would offer to open them … I didn’t expect that.”

Then Sen. Al Gore, probably because he had just finished campaigning for president in some of our neighborhoods in 1988, came over to me and said, “This is your Sabbath. Isn’t it? Where are you going to stay tonight?”

“I won’t let you do that. My parents have an apartment across the street. They’re away.”

You know, in good European fashion I rejected his offer twice. The third time, I accepted! And, that night, he took me across the street. He understood everything; turned on the lights, and turned off the lights when he left.

Looking back I didn’t realize that it was my z’chus [merit] that I have had one of the prominent “Shabbos goyim” in the whole world! – who turned on and off all the lights. — Joe Lieberman

READ: These may be America’s proudest Shabbos goys

For two years in Independence, a Jewish family called the Viners lived next door to Truman’s family. As Sarah Viner much later recalled, her brother Abe was “very close friends” with the future president: “Harry was always over at our house … I think this was his first contact with Jewish people.” On the Sabbath, when observant Jews could not do household chores, Harry served as the Viners’ “Shabbos goy.”

Cuomo credited his sensitivity to the needs of the Orthodox to his childhood in Queens, where he served as a “Shabbos goy” for a synagogue up the street from the grocery owned by his Sicilian immigrant parents…

He was quoted as saying, “The Jews need a shabbos goy [Sabbath gentile] because they can’t do everything for themselves,” when he first ran for governor.

Today’s “Shabbos goy,” Cuomo suggested, was that “government has to get involved in helping Jews live their faith.”

Colin Powell spent so much time assisting a Jewish family in the South Bronx that he became fluent in Yiddish.

After beginning to work as a law clerk for Supreme Court Justice Thurgood Marshall, I finally had to tell him that – not only could I not work late on Fridays and on Saturdays because of my keeping of Shabbos, I needed to take off many days from work due to the upcoming fall season of Yomim Tovim. Justice Marshall replied to me, ‘Don’t worry, I know all about the rules of Shabbos, Rosh Hashanah, Yom Kippur and Sukkos. You see, I was a Shabbos goy when I lived years ago in the Jewish section of Baltimore.’ — Orthodox Jewish Washington attorney Nathan Lewin

And one not-so-famous Shabbos goy: Abu Ali (not his real name)

Abu Ali, who asked to be identified only by his nickname because he’s kept his unusual job from friends and neighbors, is one of a select few Arab-Israelis working as a Shabbos Goy in Jerusalem. He’s an atypical Muslim serving Orthodox Jews in a city where the two communities more often collide than connect.

“When I am here on the Sabbath, I am the king,” he said one recent Friday at sundown as Orthodox men in black satin overcoats rushed by. “Everybody knows me. Everybody needs me.”

“But after the Sabbath, nobody knows me,” Abu Ali said with a shrug. “It’s the nature of things.”

Did you know? Anti-Semites use the term Shabbos goy to pejoratively refer to non-Jews who are friendly to the Jewish people and/or Jewish causes (like the pope!).