Jerry Springer compares the current election season to his show 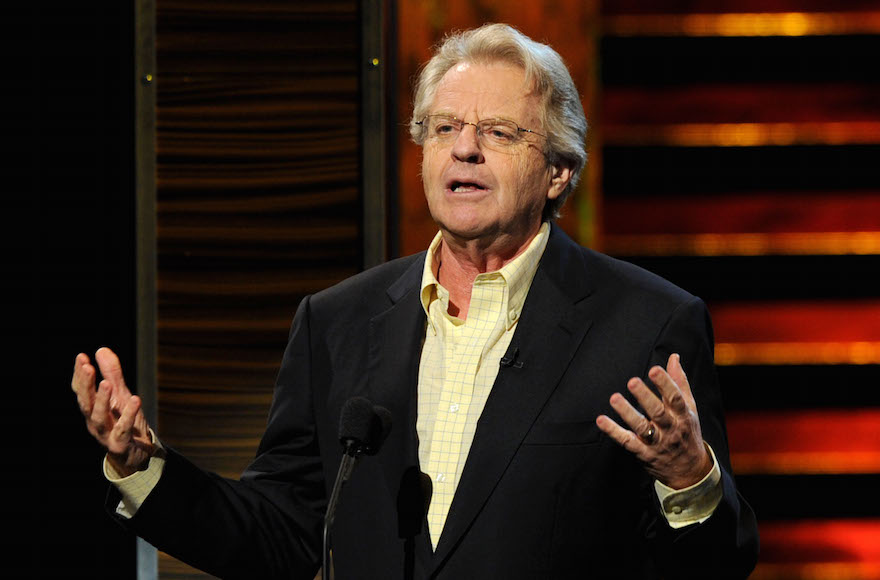 (JTA) — Jerry Springer compared the behavior of the presidential candidates in this election season to the atmosphere on his famously boisterous talk show.

“When I first started watching the Republican debates, I said if they’re going to start doing my show, they should start paying me,” Springer said in an MSNBC interview on Tuesday. “It’s one thing to have a television show like that, but that’s not how you run a country, and it’s disgraceful.”

Springer added that having Donald Trump as president would ruin the international image of the United States.

“The television show is over,” he said. “This is not a joke, this is our country.”

Springer, 72, is a former Democratic mayor of Cincinnati and the son of German-Jewish immigrants. He said he is supporting Hillary Clinton in the election.

“I love what Bernie Sanders says, I have nothing negative to say about him,” Springer said of Clinton’s Democratic rival. “But if you’re asking me honestly, is America in a general election going to vote for him … I don’t think so.”