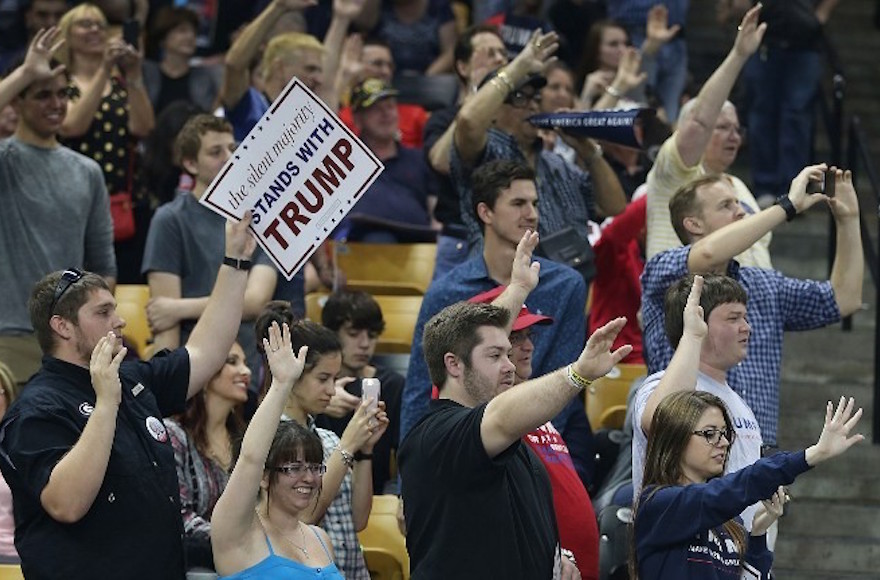 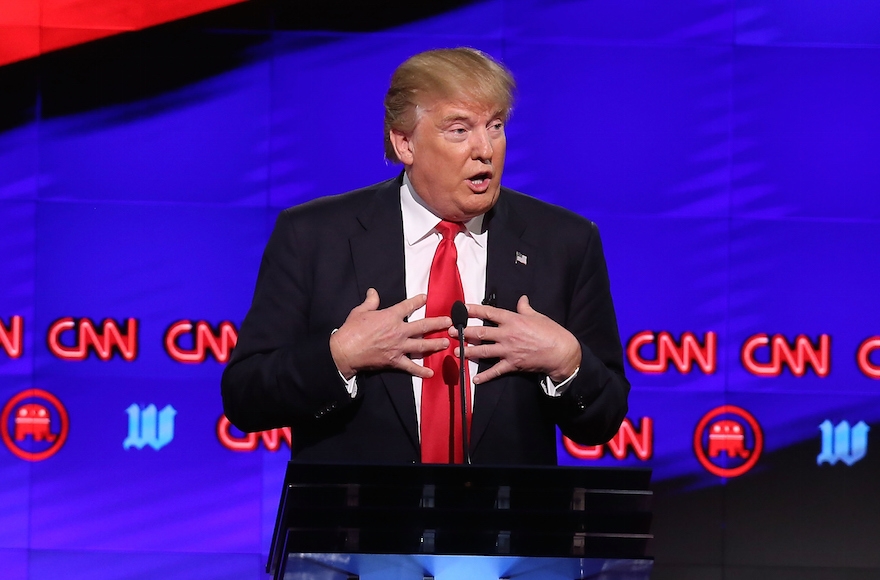 Donald Trump speaking at a Republican debate at the University of Miami, March 10, 2016. (Joe Raedle/Getty Images)

(JTA) — The Anti-Defamation League has redirected $56,000 in donations from Donald Trump — his total contributions over the past decade — to fund new anti-bias and anti-bullying education programs.

The announcement in a statement released Sunday came a day before Trump, the front-runner in the Republican presidential race, is scheduled to address the largest gathering of American supporters of Israel at the AIPAC annual policy conference in Washington, D.C.

“These undoubtedly were sincere gifts,” said Jonathan Greenblatt, ADL’s CEO. “But in light of the recent campaign, we have decided to redirect the total amount of funds that he contributed to ADL over the years specifically into anti-bias education programs that address exactly the kind of stereotyping and scapegoating that have been injected into this political season.”

ADL also called on other groups, philanthropies and nonprofits to consider redirecting charitable funds given to them by Trump into similar initiatives “to combat hate, promote tolerance, and build a stronger American community,” the statement said.

“We are taking this step to demonstrate that, even as the campaign has surfaced ugly rhetoric, we can reach higher,” Greenblatt said. “Even as his campaign has mainstreamed intolerance, we can push back on the hate and evoke our better angels not just with words, but with deeds.”