To celebrate Purim with Jerusalem, neighborhood links to capital with trailer homes 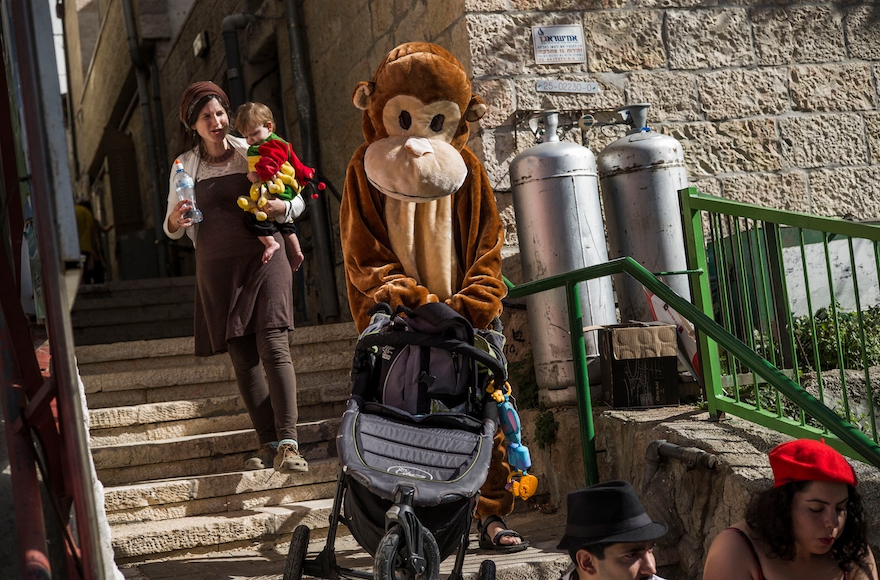 (JTA) — Residents of the outer Jerusalem neighborhood Ramot connected their neighborhood to Jerusalem with trailer homes to ensure they could celebrate Purim on the same day as the Israeli capital, a day after most of the rest of the world.

As a walled city, Jerusalem celebrates Purim on the 15th day of the Hebrew calendar month of Adar instead of on the 14th, when Purim is celebrated everywhere else. This year, Purim falls on March 23, and will be celebrated on March 24 in Jerusalem.

Some residents of Ramot – especially Ashkenazi Jews — consider their neighborhood part of Jerusalem proper, while others — mostly Sephardic Jews — do not, Israeli news website NRG reported last week. To settle more than a decade of debate on the issue, residents set up the trailers to form a contiguous succession of homes connecting Ramot to Jerusalem.

Purim’s delayed arrival in Jerusalem is in memory of battles fought between Jews and their enemies throughout the Persian empire, according to scripture. Historians believe the time period was the 5th century B.C. The Jews celebrated the vanquishing of nearly all their adversaries in the kingdom on Adar 14, but in the walled city of Shushan, fighting went on a day longer — so rest and celebration had to wait until Adar 15.

The plan to connect Ramot to the rest of Jerusalem was first proposed over a decade ago, but its implementation was delayed amid bureaucratic complications. Part of Ramot is beyond the Green Line, Israel’s pre-1967 border with the West Bank, and construction there is diplomatically sensitive.

But this year, “the connections were made exactly where necessary,” said Rabbi Avraham Daniel of Ramot. The initiative was led by local residents with municipal approval. The trailers will stay in place and uninhabited indefinitely, serving as  municipal storage rooms.

Still, followers of Rabbi Shlomo Amar, the Sephardic chief rabbi of Jerusalem, remain unconvinced and will continue to celebrate Purim on Adar 14 in Ramot, NRG reported.