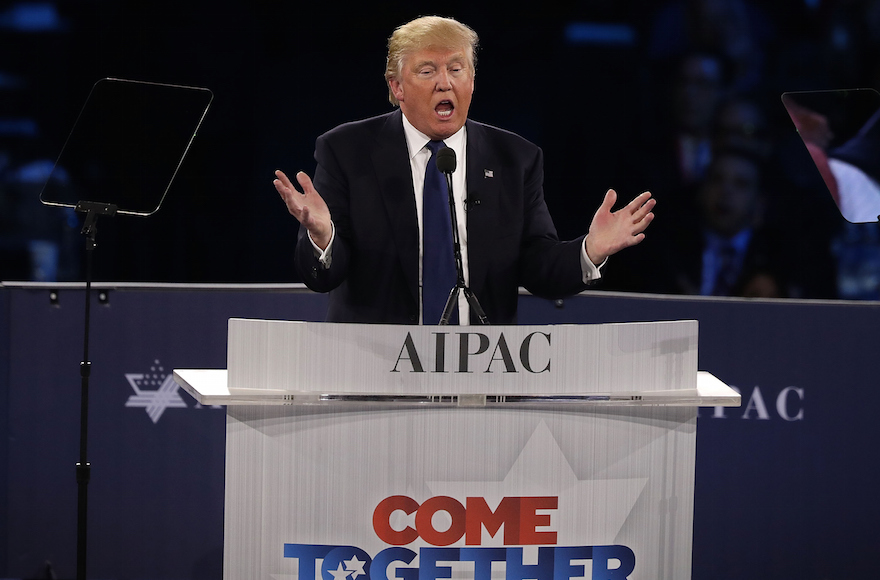 “From the Israeli side, they would love to see a deal,” Trump, the front-runner in the race for the Republican presidential nod, told The New York Times in an extensive foreign policy Q&A posted over the weekend.

Trump had said at a Republican Jewish Coalition candidates forum in December that he questioned whether the Israelis or the Palestinians had the commitment to make a peace deal.

In a speech last week at the annual American Israel Public Affairs Committee policy conference, Trump showed he had gravitated toward center-right pro-Israel orthodoxies, and he repeated some of them in his conversation with the Times, including a demand that the Palestinians recognize Israel’s Jewish character.

Discussing the Iran nuclear deal, Trump expressed surprise that sanctions remaining in place keep Iran from spending money released in the deal in the United States.

“They are, they are now rich, and did you notice they’re buying from everybody but the United States?” Trump said.

He has derided the sanctions relief for nuclear rollback deal between Iran and six major powers as giving up too much to Iran.

David Sanger, a New York Times reporter, told Trump that sanctions in place kept Iran from trading to the United States. The Obama administration is keeping sanctions in place and in some cases adding new ones to maintain leverage against Iran in its backing of terrorism and its human rights abuses.