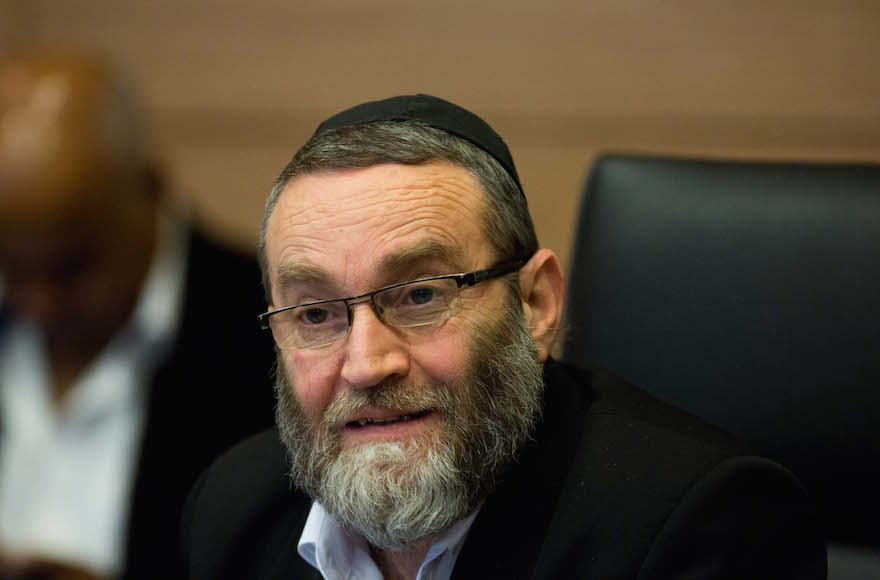 (JTA) — The Knesset unanimously approved a law that caps the salaries of Israeli bankers at $650,000 a year.

The law, passed Monday by a vote of 56-0, also stipulates that bankers can earn no more than 35 times the lowest salary paid in the company, Haaretz reported.

The measure affects insurance and other financial companies, as well as banks.

“For the first time ever, Israel is saying ‘enough,'” said Moshe Gafni, the chairman of the Knesset Finance Committee, according to Haaretz. “There are people who are earning pay that is simply crazy. I can’t understand how these disparities can exist and we haven’t said anything.”

Gafni, who shepherded the bill through the Knesset, is a member of the haredi Orthodox United Torah Judaism party.

Under the law, Israeli bank executives will earn dramatically less than their peers at some of America’s largest banks, where many CEOs earn total compensation in the tens of millions of dollars.

Finance Minister Moshe Kahlon, who supported the pay limit, said Tuesday, “There is a moral significance beyond the economic significance of this law. It symbolizes narrowing pay gaps, solidarity and consideration for the weak.”

The law, which will go into effect in six months, does not make salaries above the cap illegal, but prohibits banks from deducting compensation costs above the limit on their taxes, according to Haaretz.

Approximately 50 executives are expected to be affected by the law.

Israel’s Association of Banks has opposed the law and says it will probably appeal to the Supreme Court.