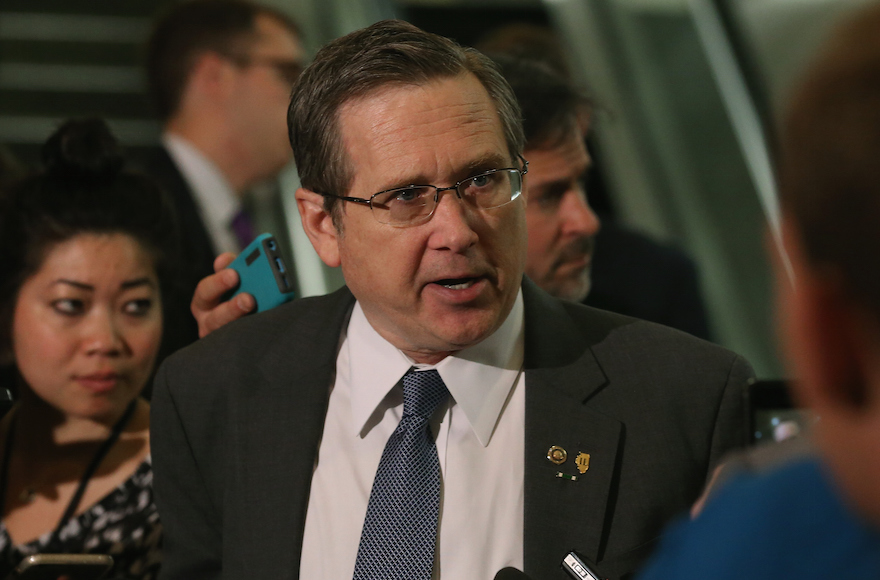 Each of the RJC pitches says funds raised would be directed to shaping the narrative about the races in question.

Republicans are defending 24 seats in this year’s Senate race and Democrats 10.

Democrats need to win four Senate seats and the presidency to regain control of the body, giving a Democratic president a leg up in advancing legislation and approving Supreme Court judges.

According to the fundraising letter, Ayotte has a slight advantage over Maggie Hassan, the state’s Democratic governor, among Independents, and the RJC would seek to expand that margin.

Kirk’s challenger, Democratic Rep. Tammy Duckworth, is well liked among those who know her – but much of the state does not know her, the email says, and the RJC would seek to define Duckworth among that plurality.

Portman is in a dead heat in polls with Ted Strickland, the former Ohio governor, and both are well known in the electorate, it says.

“We need to make sure we’re driving the narrative that Portman is a strong friend of Israel before opponents try to paint him as anything else,” the email says.

Toomey is leading Democrat Joe Sestak by 43-38 percent in polling, the email says. Toomey edged Sestak, a former congressman, for the seat six years ago. In that race, Sestak was one of the first candidates to accept the backing of the liberal pro-Israel group J Street, and the RJC hammered him for it — and signaled it would do so this year.

“Toomey leads Joe Sestak, who has a horrible record on Israel and has been supported by J Street,” the email says.

In the 2010 Sestak-Toomey faceoff, the RJC targeted Jewish voters by raising questions about Sestak’s pro-Israel credentials.