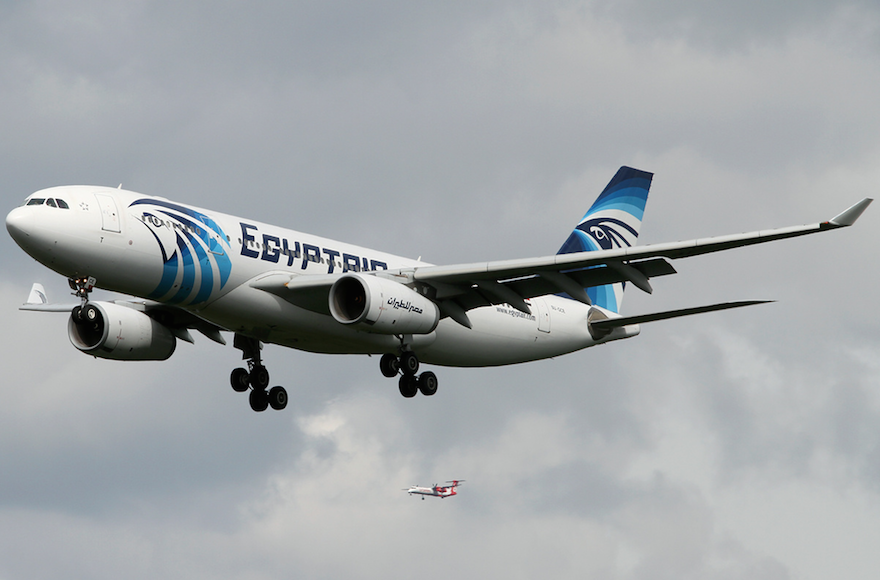 (JTA) — The hijacker of an EgyptAir plane bragged about killing Israeli soldiers, his ex-wife said.

Marina Parschou, who lives in Cyprus, told the island’s main daily newspaper, Phileleftheros, that Seif Eddin Mustafa, an Egyptian, said he participated in the killing of three Israeli soldiers, The Associated Press reported. The report did not provide information on how or where the soldiers were killed.

Parschou also told Phileleftheros that Mustafa did not ask to see her, but that police brought her to Larnaca Airport in Cyprus to identify her ex-husband after the plane landed there.

He was deported to Egypt following domestic violence charges filed by Parschou and reportedly had not seen her or their children in 24 years at the time of the hijacking on Tuesday. Mustafa claimed to be wearing a suicide bomb belt and ordered the plane, which took off from Alexandria en route to Cairo, to land in Cyprus.

Mustafa was subdued and arrested by Cypriot security officials the same afternoon after most of the passengers and crew had been released from the plane.