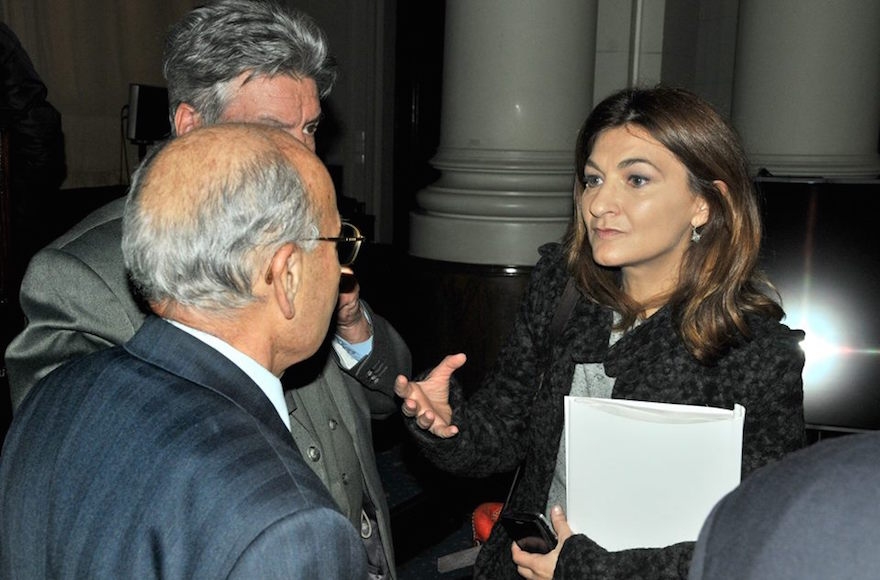 (JTA) — In an unusual move, Israel’s embassy in Romania protested the appointment to Romania’s state television board of a journalist who expressed reverence for a Nazi collaborator.

The B1TV station on Saturday quoted a statement by the embassy that it “views with concern” Oana Stanciulescu’s appointment to the Romanian Public Television Station board in light of her “public expressions of anti-Semitic sympathies” for the Legionary Movement – a World War II-era militia that is “responsible for the horrors of the Holocaust in Romania.

Jewish and anti-racism groups have recently protested another of Stanciulescu’s statements during a television debate that one of her “moral reference points” was Horia Vintila — an anti-Semitic Romanian writer who was sentenced in 1946 for promoting fascism, including as a diplomat for the pro-Nazi Romanian puppet regime of Ion Antonescu.

During the debate, Stanciulescu challenged an interlocutor to tell her who decides whom is considered a national moral reference point. “You? The Jewish Community?” she demanded. “I am waiting to be arrested because I consider Horia Vintila a moral point of reference.”

But in a blog post published Sunday, Stanciulescu included a series of clips from interviews where she expressed reservations about the fascist Legionary Movement and support for Romanian Jews. She asked Israel’s ambassador, Tamar Samas, to reconsider her unusual rebuke. Israeli diplomats rarely comment publicly on issues not directly related to state interests.

The debate in which Stanciulescu referenced the Legionary Movement was about Romania’s Law 217, adopted last year, which proscribes extremism, xenophobia, anti-Semitism, Holocaust denial and any promotion of pro-Nazi factions.