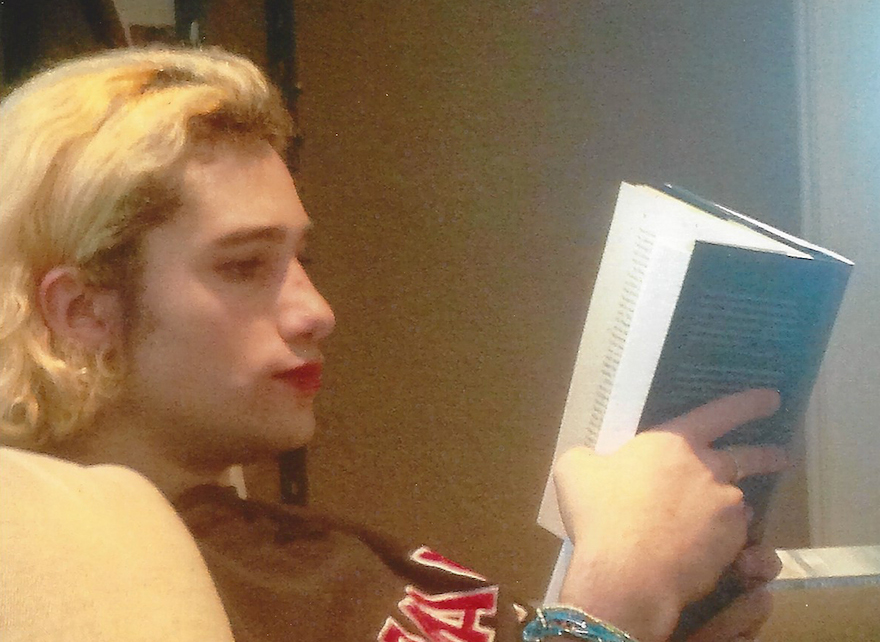 Sam Price, in a photograph shortly before her March 2016 death. (Courtesy of the Price family)
Advertisement

(JTA) — A New Jersey couple has created a support group for transgender young people in memory of their daughter, who died following a suicide attempt on her 21st birthday.

Sam Harel Price was a junior at Oberlin College in Ohio, majoring in Jewish studies. She hoped to become a rabbi, according to the New Jersey Jewish News. In her memory, her parents, both psychologists, created the Sam and Devorah Foundation for Trans Youth. (“Devorah” refers to the biblical figure whom Sam admired for her pursuit of justice.) They have filed for 501(c)(3) status, and have raised over $85,000 in under two weeks, according to the newspaper.

Sam, who died on March 24, came out to her parents, Beth Dorogusker and Adam Price, as transgender last year. She grew up in Maplewood, New Jersey, celebrated a bar mitzvah at Congregation Beth El in South Orange and graduated from Columbia High School in Maplewood. At Oberlin, she was active in both Hillel and Chabad. She lived in the Hillel dorm and organized a Jewish “queer fun day.”

Sam also interned with Shaar Communities, a network of small Jewish communities in northern New Jersey. She and its rabbi, Adina Lewittes, started an “un-masquerade” Purim ball to provide LGBTQ teens a space “to shed the masks and disguise they too often feel pressured to wear,” said Lewittes.

Eric Price of Manhattan, Sam’s uncle, described the family’s vision for the space as a “rejuvenating retreat” where trans youth can go for a few days or months to be with like-minded peers and attend “life-affirming and identity-affirming” workshops and programs.

Transgender individuals have a 41 percent rate of attempted suicide, according to a 2014 study conducted by the American Foundation for Suicide Prevention.

Beth Dorogusker spoke of her daughter’s courage at the March 27 funeral in Livingston, New Jersey.

“I have only 1/1,000th of the courage that Sam had,” Dorogusker said. “Real courage is coming out as transgender to your family, friends and the world. Courage is being a 5-foot-11, broad-built man, putting on a bright blue sleeveless turquoise dress, jewelry and carefully applied makeup, then walking down the block where you grew up to take the train into New York City to meet a friend.”