Lena Dunham to get her own Random House imprint 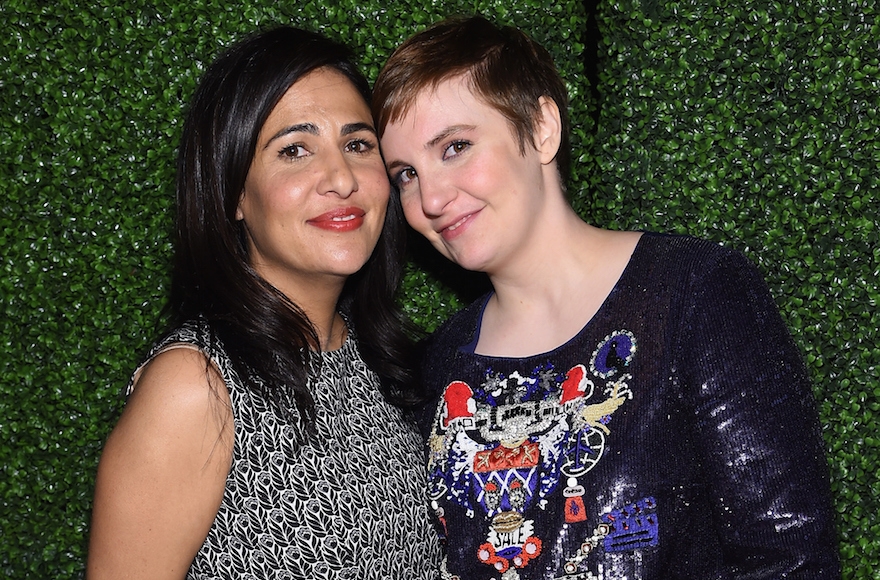 (JTA) — Lena Dunham and writing partner Jenni Konner have signed a deal with Random House to turn their lifestyle newsletter Lenny into a publishing imprint.

Dunham and Konner will oversee a line of books featuring “exciting, emerging voices in fiction and nonfiction,” Random House announced Wednesday. Both women are Jewish.

“Working with Lena, Jenni and the editors of Lenny, we plan to publish a select number of titles each year to build a varied, compelling, and voice-driven list,” Random House said in a statement. “Drawing on their eye for talent and love of books, we see this as a perfect opportunity to broaden what we do at Random House, while staying true to our mission: to work with writers we love and to publish them well.”

The publisher called it a “natural extension” of its relationship with Dunham. Random House published Dunham’s best-selling memoir, “Not That Kind of Girl” in 2014.

“Lenny books will aspire to push the ball forward on the issues that matter to our audience, with wit and style,” Dunham told Buzzfeed. “We hope to see them sticking out of purses and riding public transportation everywhere.

After the announcement, Dunham tweeted: “It’s true! We’re gonna make some books 4 u.”

It's true! We're gonna make some books 4 u: https://t.co/tA6rXSehvq

Dunham is the creator and star of the HBO series “Girls,” which is set to end after its sixth season in 2017. She also writes the show with Konner.