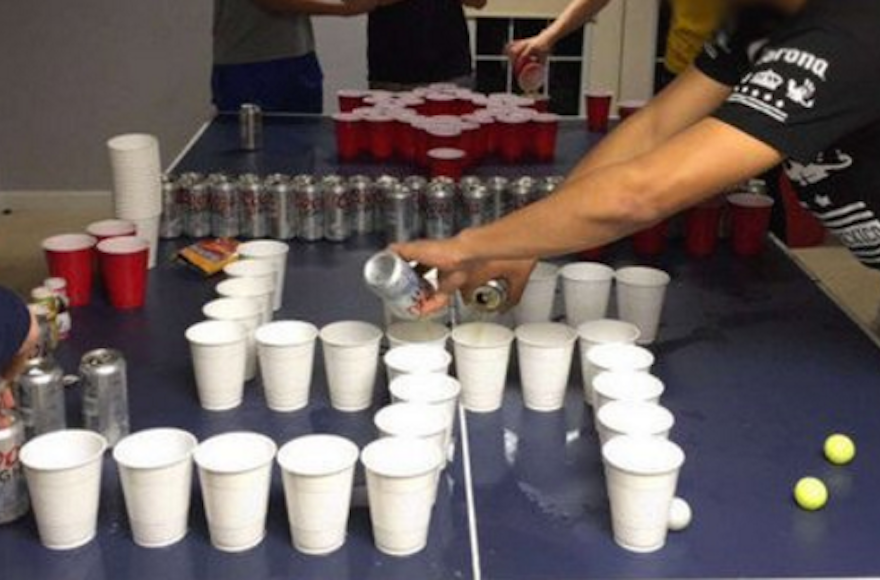 (JTA) — Following the emergence of images showing New Jersey high school students using Nazi and Jewish symbols at a drinking game, a spokesman for the Anti-Defamation League said it showed the need for more education on the Holocaust.

They appeared playing beer pong with a “Jews vs. Nazis” theme, where cups were arranged as a swastika and Star of David. Rules include the “Anne Frank” move, in which the Jewish team can hide one of their cups, and the “Auschwitz” move in which the Nazi team can make one of its opponents sit out for a period of time.

Some of the teens playing the game were Jewish, said Ponder, a non-Jewish junior who was not at the party, but said she found the game offensive.

Joshua Cohen, regional director of the Anti-Defamation League, told the Forward: “We’re concerned about this incident and the allegations that Princeton High School students might have been involved in this. I think that the images that are online are both alarming and outrageous.”

He added the game underscores the problem of  “trivialization of Nazis, Hitler and anti-Semitism by teenagers” and “underscores the critical need for Holocaust education.” The ADL believes Nazi-themed drinking games are becoming increasingly common, The Forward also reported.

Holocaust and genocide education has been mandatory in New Jersey elementary and secondary schools since 1994.