The Streit’s Matzo story comes to the silver screen 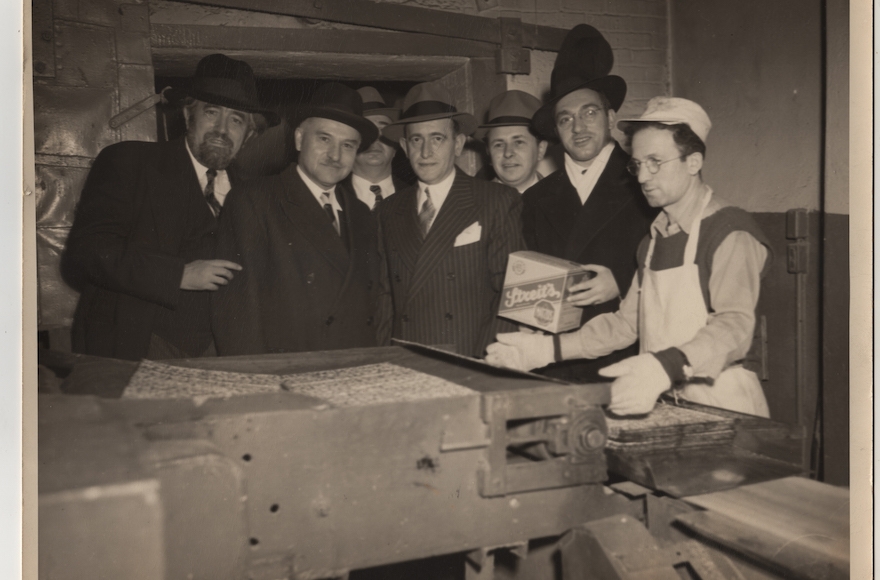 (JTA) — “Streit’s: Matzo and the American Dream” is far more than a Jewish Horatio Alger story. It is that, of course — the film documents the story of an immigrant baker who came to the United States and started what ultimately became the largest (and now only) privately owned matzah company in the country.

But it’s also an inspirational story of a family that didn’t just want to take the money and run. In a way, too, it’s about a modern Diaspora — in this case, gentrification, in which a neighborhood that once was home to Jewish immigrants now hosts a millennial hipster culture of bars and high-priced condos.

The film’s director, Michael Levine, has familial roots on the Lower East Side. He knew the iconic Streit’s factory at 150 Rivington St. from the neighborhood. He was certain there was a story to be told there — though when he got permission to film in 2015, he had no idea how pivotal a year it would be.

Levine set out to make a documentary on a retro place where matzahs were “baked with pride on the Lower East Side.” Instead he documented the demise of manufacturing in Manhattan along with the displacement of the neighborhood’s workers and Jewish roots.

Aron Streit first opened a bakery on the Lower East Side in 1915. A decade later he and his sons, Jack and Irving, started Streit’s Matzo Co., which became the basis of a kosher empire that eventually expanded to four contiguous tenement buildings in the neighborhood and an operation in New Jersey.

READ: Check out these amazing photos of the Streit’s Matzo factory on the Lower East Side

While Streit’s increased its product line elsewhere — making everything from soups to pancake mix — out of loyalty and a sense of history the company kept its matzah factory on the Lower East Side. 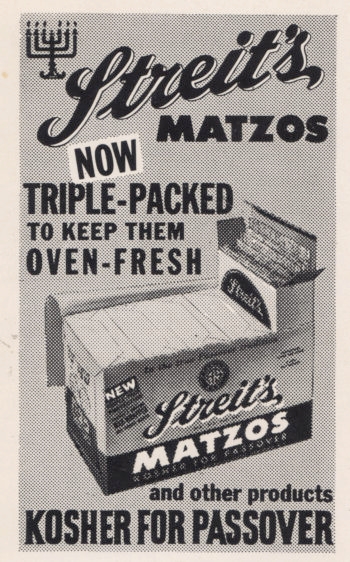 Alan Adler runs the company with two cousins — Aron Yagoda, like Adler, a fourth-generation Streit, and Aaron Gross, fifth generation, who has been with Streit’s for two decades. Adler told JTA that the family resisted pressures to move for as long as it could.

“Nobody would agree to sell,” he said. “Every time we had a meeting with all the family” — there were now 11 shareholders — “we asked, ‘do you want to sell, do you want to build a new factory?’ and they all said, ‘no.'”

But doing business on Rivington Street became increasingly difficult. The equipment was old and frequently broke down; parts had to be hand-fashioned because replacements were no longer made. Also, new ovens wouldn’t fit in the old buildings.

Meanwhile, competitors from Israel and the U.S. with more modern facilities were charging less and grabbing a larger share of the matzah market.

“Matzo and the American Dream” documents all of this, from the factory’s labor-intensive packing operations that substantially increase costs to the pressures of manufacturing in a neighborhood with streets made for horse and buggies, not 18-wheelers making pickups and deliveries.

If the film has a star, it’s Anthony Zapata, who began working at Streit’s in 1983, when Jack Streit saw him pass by on Rivington Street and yelled to the 19-year-old, “Hey, Italian kid, you want a job?”

In the film Zapata, who is actually Puerto Rican, serves like a matzah gondolier, guiding us around the factory and offering bits of working-class wisdom. He explains how different his life would have been had he not encountered the senior Streit. He talks with pride about the company and his fellow workers, how they earned decent wages and sent their kids to college, often with Streit family assistance.

But Zapata’s tone was fatalistic. Even before the factory’s closing was announced, he knew the end was near.

“How’s a guy like me gonna get a job?” the now 50-something laments. 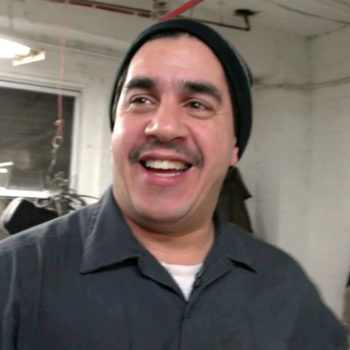 Anthony Zapata, the breakout “star” of the film, worked at Streit’s from 1983 until it closed its Lower East Side factory in 2015. (Courtesy of Menemsha Films)

The Rivington Street facility was sold for $30.5 million in January 2015 and closed last year. The building is scheduled to be demolished next week; a seven-story condo with ground-floor retail will rise in its place.

“It became harder and harder to make a profit,” Adler explains. “It was a hard decision, but ultimately even the people who had an emotional connection to our roots realized we had to move.”

Matzah for this Passover was made mostly in a temporary location while a new plant is being built in Rockland County, approximately 30 miles from Manhattan. It will be ready for production for Passover next year.

And while Streit’s Lower East Side employees were offered jobs, most workers did not have cars and couldn’t make the transition.

“I don’t know where Anthony is. We lost contact,” Adler said. “If you hear from him, tell him we have a job for him.”

“Streit’s: Matzo and the American Dream” opens in New York and Los Angeles on April 20.