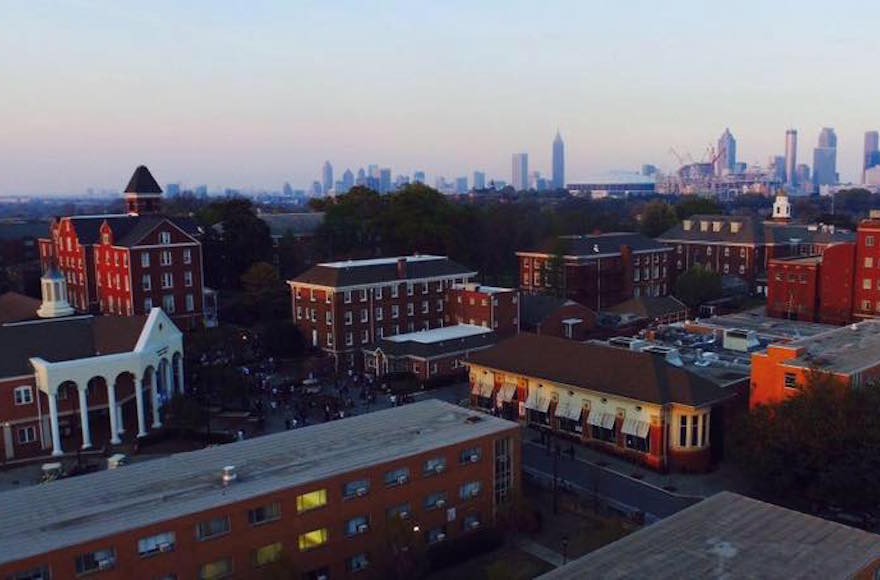 NEW YORK (JTA) — The Anti-Defamation League said it was “outrageous” that a debate topic at an inter- university debating competition in Atlanta required participants to justify Palestinian stabbing attacks against Israelis.

At the U.S. Universities Debating Championship at Morehouse College on Sunday one of the topics was “This House Believes that Palestinian Violence Against Israeli Civilians Is Justified.” The question’s wording required half of all participants to argue that perspective.

“It is outrageous and deeply offensive that students participating in the debating championship, some of whom were Jewish, were essentially forced to choose between losing points in the national championship or advocating for violence against Israeli civilians,” Jonathan A. Greenblatt, CEO of the New York-based group, said in a news release.

“It is hard to imagine that the organizers would ever have asked students to defend Al Qaeda’s attacks against the U.S. on 9/11, and this shouldn’t be any different,” he said, adding that “whoever devised the question exercised extremely poor judgment.”

ADL called on organizers of the United States Universities Debate Association, which organized the event, to publicly apologize for the incident.

According to Tablet, students reported that the motion did not immediately arouse controversy.

Jordan Trafton, a student from Claremont McKenna College, who judged at the tournament, told Tablet, “I look around and nobody is doing anything, and I’m so shocked. This is Morehouse, a historically black college where everyone is up in arms about social justice.”

The Claremont McKenna team coach asked organizers to cancel the round, but organizers refused, and four judges walked out in protest, Tablet reported.

While debate competitions are known for controversial topics, according to Tablet, “this appears to be the first time that a major tournament has explicitly addressed justifying violence against a specific civilian population.”