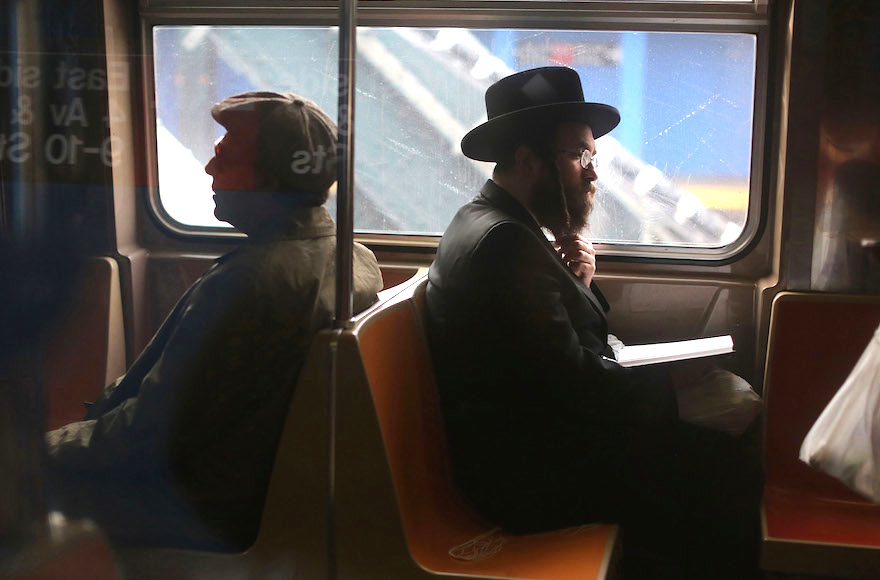 NEW YORK (JTA) – Here’s what you need to know about the Jews of New York as the state votes in Tuesday’s presidential primary.

About 1 in 10 New Yorkers is Jewish

New York state has about 1.75 million Jews, comprising approximately 9 percent of its total population of 20 million. Nearly all the Jews live in or around New York City, with 1.1 million in the five boroughs — 561,000 in Brooklyn, 240,000 in Manhattan, 198,000 in Queens, 54,000 in the Bronx and 32,000 on Staten Island, according to a landmark 2011 population study by UJA-Federation of New York. That’s more Jews than in any other city in the world, including in Israel. Another 450,000 live in suburban Westchester and Long Island’s Nassau and Suffolk counties, according to the study, and at least 130,000 Jews live in nearby Rockland and Orange counties, according to locals’ estimates and census data. Approximately one of every three non-Hispanic whites living in New York City is Jewish.

The Orthodox are growing – fast

In metropolitan New York, however, only 55 percent of Jews say they lean Democratic and 31 percent lean Republican. That’s largely because of New York’s large Orthodox population, which is more Republican than the rest of the Jewish community. Nationally, about 58 percent of haredi Orthodox and 56 percent of modern Orthodox Jews identify as Republican, compared to 27 percent of Conservative Jews and 17 percent of Reform Jews, according to the Pew Research Center’s 2013 survey of U.S. Jews.

New York Jews tend to be registered Democrats, even those who favor Republicans

The vast majority of New York City’s Jews — like all New Yorkers — are registered Democrats. That’s because in this heavily Democratic city, which hasn’t seen a competitive presidential primary election since 1988, many local elections are competitive only in the Democratic primary. With the Democratic primary winner almost guaranteed victory in the general election, registering as a Republican doesn’t really give one a chance at a meaningful vote.

This is generally true for elections for City Council (of 51 members, only three are Republicans), State Assembly (of 65 New York City districts, only one is Republican) and State Senate (of 25 New York City districts, only two are represented by Republicans). Registered Democrats outnumber Republicans by about 9 to 1 in Brooklyn, 7 to 1 in Manhattan, 6 to 1 in Queens and 13 to 1 in the Bronx. Staten Island is the exception, with only about 30 percent more Democrats than Republicans. But with just 6 percent of city residents (3 percent of the city’s Jews), this oft-forgotten borough matters little.

So even though a Republican candidate in a general election might do better among New York Jews in November than among Jews nationally, because of the high number of Orthodox Jews here (who tend to vote Republican), during the primary many of those Orthodox votes will be cast for a Democrat. Even in the city’s second-most Republican congressional district, the 10th, which includes the Hasidic stronghold of Borough Park in Brooklyn, there are 5.5 registered Democrats for every registered Republican (227,505 active registered Democrats compared to 41,640 Republicans).

Which Democrat will win among Jews?

Overall, Clinton leads Sanders by about 26 points in the city and 24 points in the suburbs; they’re running roughly even upstate. Clinton enjoys a large lead among Democrats over 45, while Sanders enjoys an advantage among those under 45, first-time voters and those who describe themselves as liberal, according to the Marist poll. Overall, Clinton is favored to win the state by about 15 points, recent polls suggest.

Rabbi Menachem Genack, the CEO of the Orthodox Union’s kosher division and a well-known Orthodox proponent of Clinton, predicts that much of the Hasidic community will vote for the former secretary of state. He noted that as New York’s U.S. senator for eight years, Clinton has relationships in the community and is familiar with communal concerns.

“She was helpful to us as senator. All 14 Jewish city councilmen endorsed her. She’ll get a real commanding win in those districts with Hasidic Jews,” Genack said. “It’s about ‘hakaras hatov’” – recognizing the good she’s done for the community.

Which Republican will win the Jewish vote?

Each of the Republican candidates has spent time in recent days courting the Orthodox Jewish vote, which could play an outsize role in districts with few Republicans. Sen. Ted Cruz, R-Texas, baked matzah with Chabad, Ohio Gov. John Kasich visited a Jewish bookstore, school and matzah factory in Borough Park (and talked about matzah’s tie to Jesus’ blood) and synagogue and Donald Trump invited a group of Orthodox Jewish reporters to his office.

The politics blog FiveThirtyEight noted that an Optimus poll of New York Republican voters shows Trump’s lead in districts with large Orthodox populations as significantly smaller than his lead among Republicans in places like Staten Island, which are more reflective of the rest of the country. In JTA interviews with about a dozen or so Orthodox voters over the last couple of weeks, Cruz appeared to be Trump’s biggest competition. 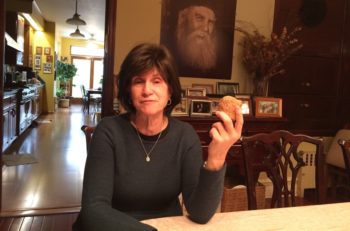 “I vote for my values, and Cruz is my guy – definitely,” Frida Schapiro, a 68-year-old mother of 10 in Crown Heights, told JTA. “He’s as close to Torah values as I can see.”

Though New York’s Hasidic communities often are thought of as a bloc vote, insiders say that’s a myth that may be true only in more tightly controlled communities outside the city, like the all-Skverer Hasidic shtetl of New Square, in Rockland County.

“It’s not like there’s a magic button and the rebbe nods his head and 100,000 votes fall into place. It’s more nuanced that that,” said Hasidic political consultant Ezra Friedlander, who took Kasich on his Jewish Brooklyn tour. “People do have their own opinions. But there’s a certain consensus when voters see a candidate engaged and their surrogates reach out to the community.”