Bernie Sanders and Israel’s ‘disproportionate’ use of force 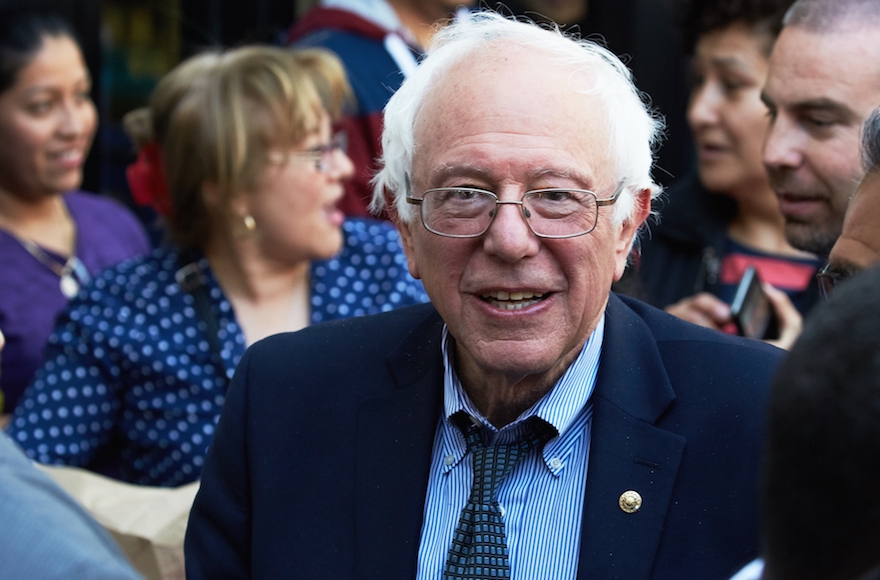 There’s been much debate recently over Bernie Sanders’ accusation that Israel used disproportionate force in Gaza during the 2014 summer war with Hamas.

In an April 1 meeting with the New York Daily News, Sanders cited Israel’s killing of more than 10,000 civilians, an inflated figure, during that conflict as evidence of Israel’s use of disproportionate force. When an interviewer looked it up and found that the United Nations estimate was 1,462 killed, the Independent senator from Vermont and Democratic presidential candidate immediately accepted the revised figure but held to his view that Israel’s actions were disproportionate.

Sanders reiterated the assertion of disproportionality during last week’s debate with rival Hillary Clinton, saying that the war wounded some 10,000 civilians. His unusually critical position on Israel has generated a great deal of commentary, both supportive and critical, especially given his Jewish background.

On Monday, JTA sent some questions to the Sanders campaign to try to drill down a bit more why the candidate believes Israel’s response was disproportionate, what he thinks the United States should have done to ensure a “more proportionate” response and whether he believes the U.S. is using disproportionate force in its own wars against terrorists in places like Afghanistan, Yemen and Syria.

The Sanders campaign declined to address JTA’s questions, instead directing us to a page on the campaign website outlining Sanders’ Mideast policies.

Here are the questions we sent the Sanders campaign:

1. Sen. Sanders has said he believes Israel’s use of force in Gaza in the 2014 conflict was disproportionate. Is that conclusion based on the militant-to-civilian Palestinian death ratio, the lopsided Israeli-to-Palestinian ratio of civilian deaths, or something else?

Israel contends that Palestinian civilian deaths largely were the result of Hamas intentionally conducting its military operations from within civilian areas – rocket launchings from residential neighborhoods, the use of a hospital as a military base, attacks from schools. Israel also contends that its own low Israeli civilian death toll was the result of its sophisticated defense systems, including its Iron Dome missile-defense system and the precautions Israeli civilians took.

3. Sen. Sanders has spoken several times about the disproportionality of Israel’s response in the 2014 Gaza conflict. What is his view on the proportionality on the use of American force in Afghanistan, Syria, Yemen and elsewhere? Does he believe Israel or the United States has a worse record on civilian deaths killed in military strikes?