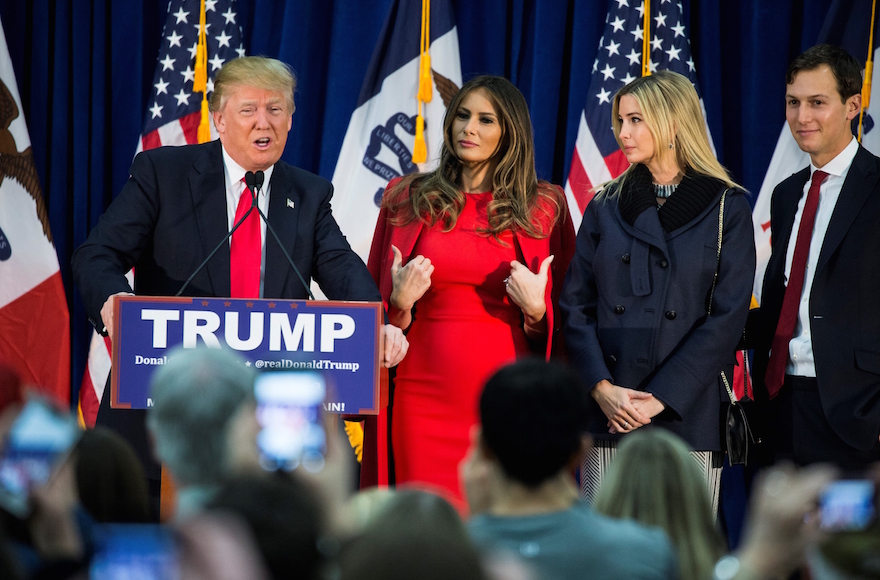 WASHINGTON (JTA) — A reporter who wrote a critical profile of Melania Trump has been deluged with anti-Semitic abuse.

Julia Ioffe told the Guardian that on April 28, the day her profile of the Republican presidential nomination frontrunner Donald Trump’s wife appeared in GQ, she had received a phone call playing a speech by Nazi leader Adolf Hitler and another from a purported business, “Overnight Caskets.” Her Twitter feed and email inbox were flooded with anti-Semitic messages and imagery, including a cartoon of a Jew being executed.

“I started the day off having a sense of humor about it but by the end of the day, after a few phone calls like this, with people playing Hitler speeches, and the imagery, and people telling me my face would look good on a lampshade, it’s hard to laugh,” she said.

Ioffe’s profile of Melania Trump was critical, but not exceptionally so, in a heated election season. Ioffe said Melania Trump, like her husband, was evasive and hard to pin down, but also not unpleasant to deal with.

“She makes meaningful eye contact and emphatically repeats affirmative, folksy banalities—she ‘has a thick skin,’ she takes things ‘day by day,’ she follows the news ‘from A to Z’—until the interviewer either is transported into a supra-verbal understanding or decides it’s pointless to press for specifics,” Ioffe wrote. “But unlike her husband, Melania is reserved, polite, and steady, say those close to her.”

Melania Trump in a Facebook posting said the article was inaccurate. The onetime model, who is from Slovenia, singled out for criticism Ioffe’s revelation of a half brother, born out of wedlock from a relationship her father had before he met her mother.

“My parents are private citizens and should not be subject to Ms. Ioffe’s unfair scrutiny,” Melania Trump said.

Donald Trump’s supporters have turned on his critics on social media; women among his critics have been the target of misogynist attacks, while blacks and Latinos have weathered racist attacks.

The real estate magnate has at times appeared to encourage supporters to attack protesters at his rallies, and there have been several violent confrontations.

Ioffe, whose family emigrated from the Soviet Union 26 years ago, said the abuse she faced reminded her of the anti-Semitism from which her family fled in Russia.