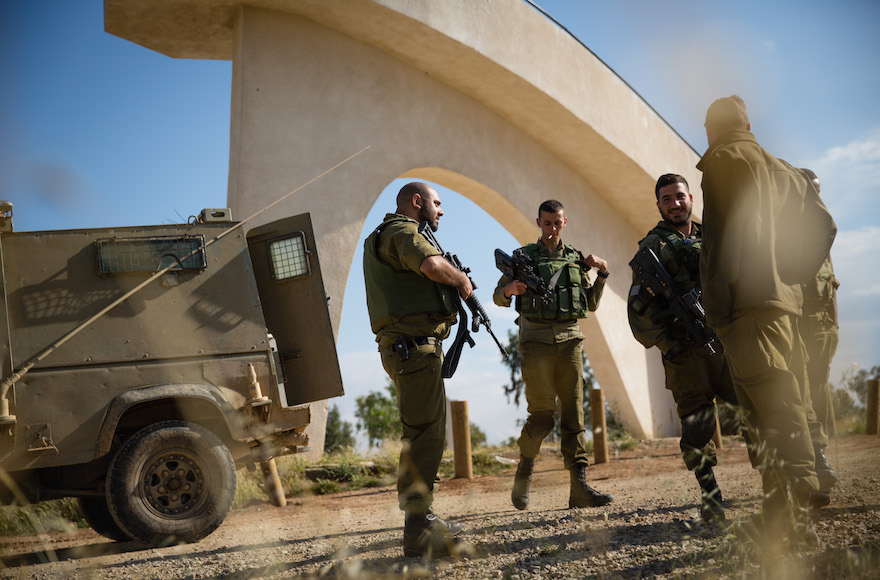 (JTA) — Israel bombed five targets in Gaza after Hamas fired more than five mortar rounds into Israel in a 24-hour period — an escalation attributed to Israel’s intensified efforts to detect and destroy Hamas’ underground tunnels leading toward and across its border.

The IDF confirmation followed Palestinian media reports of the bombings, The Times of Israel reported. No injuries have been reported yet.

In a statement on Twitter, IDF Spokesman Lt. Col. Peter Lerner said Israel “will continue to operate in order to protect the civilians of Israel from all Hamas terrorist threats above and beneath ground.”

“Our efforts to destroy the #Hamas terror tunnel network, a grave violation of Israel’s sovereignty, will not cease or be deterred.”

Shortly before launching the strikes, Israeli officials warned Hamas to cease firing mortars at its troops on the Gaza border or face a strong military retaliation, according to Israeli news website Walla.

Hamas said in a statement that Israel bore “full responsibility” for the escalation in hostilities.

In the 24 hours preceding the Israeli strikes, five mortars were fired at Israeli troops near the Gaza-Israel border, and soldiers responded with tank fire.

The IDF said it believes Hamas’ recent attacks near the border are an effort to prevent Israel from finding and destroying new tunnels leading toward and into Israel. New technology has helped locate more tunnels in recent weeks.

In a statement Wednesday night, Al-Qassam Brigades, Hamas’ military wing, warned Israel to stop digging near the border in its search of tunnels.

The Hamas statement said the digging is an incursion into Gazan territory and a breach of the 2014 ceasefire, according to The Times of Israel.

“[Al-Qassam Brigades] will not allow this aggression and the enemy should not make any pretexts whatsoever, and leave the Gaza Strip immediately,” the statement reads.