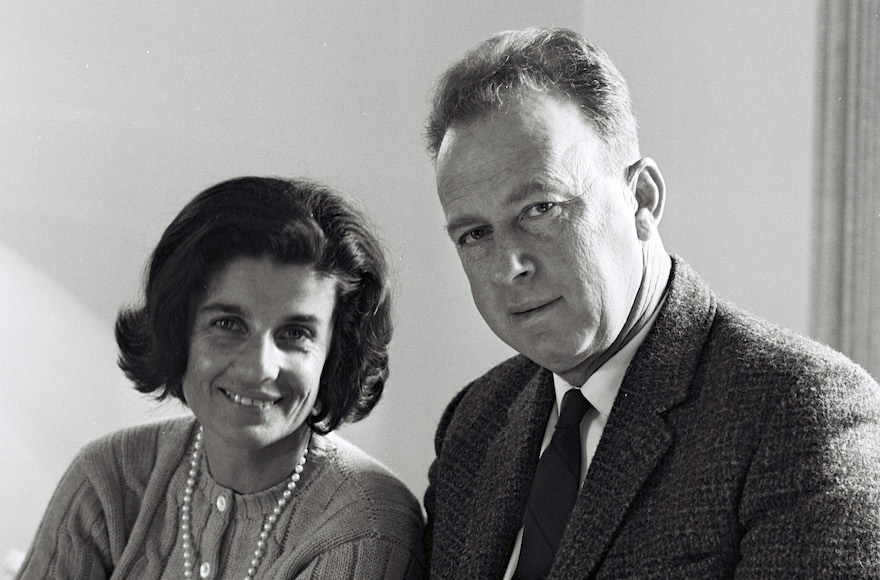 “Rabin in his Own Words,” which opens in Friday in New York, Los Angeles and South Florida, is more than a tribute to the two-time Israeli prime minister tragically gunned down in 1995. The aptly named cinematic autobiography, which uses archival footage going back to the statesman’s childhood, is entirely narrated by Yitzhak Rabin himself.

Filmmaker Erez Laufer, 53, designed it that way because, he tells JTA, “I got tired of hearing people analyzing him, people talking about him, both from admirers and people who didn’t. For me, the message of the film is you can kill someone, but his voice lives on.”

Laufer, for the record, is squarely in the pro-Rabin camp. Speaking via FaceTime from his home in Tel Aviv — ironically just a block from Rabin Square — Laufer explains that he grew up near the Kadoorie Agricultural High School, the iconic institution in northern Israel where Rabin graduated.

“I always had, it’s very hard for me to find the word” — he pauses to think of an appropriate English translation — a “fascination or [been a] political supporter of his vision,” Laufer said.

From start to finish, the film took only a year, as Laufer wanted to screen it in Israel by November 2015, the 20th anniversary of Rabin’s assassination.

It was rushed, but quality did not suffer in the process. The film eloquently captures the two sides of Rabin — the fierce warrior and the dedicated peacenik who fought for a two-state solution. 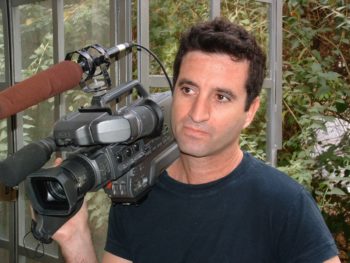 Rabin was born in Jerusalem in 1922. His father, who came to Israel from Ukraine via the United States, died when he was young. He was raised by his strict mother, Rose, from Belarus, who was a highly regarded labor leader. In 1941, Rabin joined the Palmach, the commando unit of the Haganah, the prestate defense force, and helped the British invade Lebanon during World War II. He then fought in the Israeli War of Independence in 1948.

READ: Why, in Israel, the kids are so right-wing

Rabin stayed in the military, was named chief of staff in 1964, and three years later led the Israel Defense Forces to victory in the Six-Day War. From there he served in a variety of jobs, including ambassador to the U.S., several Cabinet posts and two stints as prime minister.

What’s interesting to watch is how contentious Israeli politics are, especially when it comes to a figure as polarizing as Rabin. The film shows demonstration footage of crowds calling Rabin a savior for his efforts to bring peace, along with protests deeming him a murderer because Palestinian violence erupted after one of his initiatives.

Rabin remained true to his beliefs.

“You don’t make peace with friends,” he said. “You make it with very unsavory enemies.”

As early as 1973 he worked to return the Sinai to Egypt, something he said “brought us much closer to peace.” A few years later Rabin urged returning the West Bank to Jordan. And he consistently spoke out against settlements in the administered territories, which he considered “a grave mistake [that] did nothing but undermine peace efforts.”

He was an architect of the Israel-Jordan peace treaty and of course shared the Nobel Peace Prize for his participation in the Oslo Accords. It was the latter that precipitated his assassination by an Orthodox Jew who objected to the agreement.

“Rabin” is a complete and reasonably balanced account of an important life. The only thing it can’t offer is what the Middle East might be like if he were alive today.