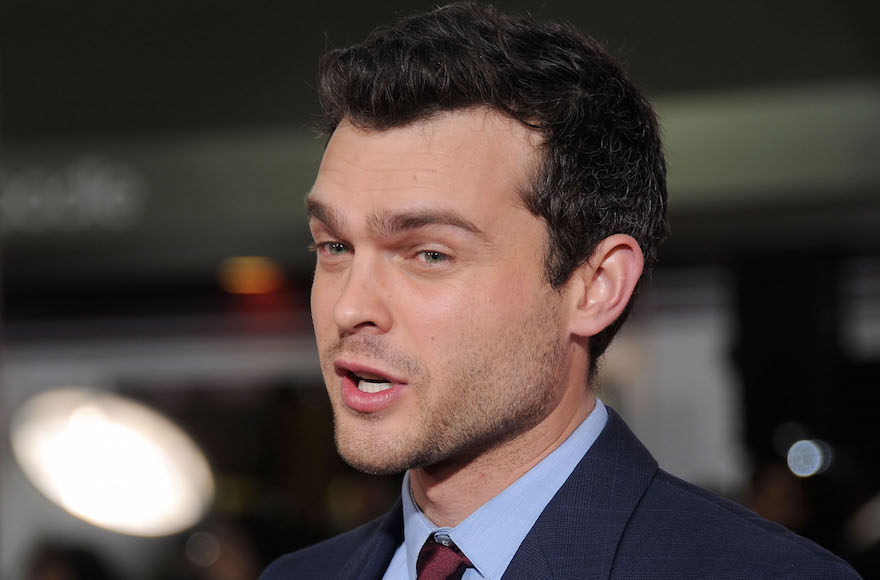 The next time you’re kvetching about having to go to another bar or bat mitzvah, think about this: Steven Spielberg could be there, and he could make you a star.

That’s how it worked out for Alden Ehrenreich, who is reportedly finalizing negotiations to be the next Han Solo. Ehrenreich, who is Jewish, is set to star in an as-yet-untitled “Star Wars” film about Solo’s backstory. Harrison Ford, now 73, played the character in the original “Star Wars” movies, as well as the latest one.

Ehrenreich, 26, has been in numerous films, most recently playing a hick Cowboy & Western movie star in the Coen Brothers’ “Hail Caesar.”

Ehrenreich’s big Hollywood break came 12 years ago, when he made a movie screened at the ceremony of a friend’s bat mitzvah, according to the Daily Beast.

Although Ehrenreich later described the movie as “a piece of shit,” Spielberg, whose daughter Sasha was friends with the bat mitzvah girl, was in the synagogue — and was impressed.

“I’m this 14-year-old, skinny little kid with long hair,” Ehrenreich told Rolling Stone. “I break into her house, try on her clothes and make up a song. All of this is just us literally taking a camera and going like, ‘Okay, ha ha, do this.’ We showed it to our parents—‘We’re gonna play this at her bat mitzvah!’—and they were like, ‘You look like an idiot in this. I don’t think you should really do that.’ We didn’t care.”

As a result of the film, Spielberg invited Ehrenreich to meet with him at the DreamWorks studio and introduced him to filmmaker Francis Ford Coppola, who cast him as the lead in the 2009 film “Tetro.” Ehrenreich’s performance in that movie spurred film critic Roger Ebert to dub him the “new Leonardo diCaprio.”

In January, four other Jewish actors — Logan Lerman, Dave Franco, Ansel Elgort and Emory Cohen — made the short list of actors under consideration for the starring role, according to a list published by Variety.

Speaking about the project last year, writer Lawrence Kasdan said, “It will not be like, here is where he was born and this is how he was raised. I think what it will be is what was he like 10 years earlier, ya know, maybe a little earlier you’ll get a glimpse, but … what formed the person we meet in the cantina? It is not so much about his specific history. It is about what makes a person like that?”

In other words, what was Solo’s rite of passage into adulthood? Perhaps there was a bar or bat mitzvah involved.