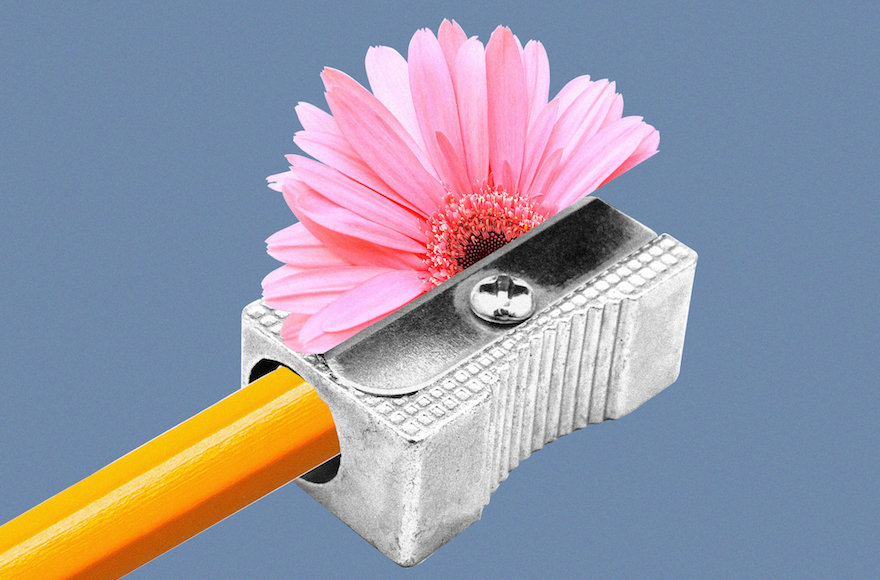 So there’s an old joke about a guy who’s looking to get his watch fixed. He passes a little shop with clocks and watches in the window, and goes inside.

“Can I help you?” asks the man behind the counter.

“I want this watch repaired,” says the first guy.

“Clocks, you sell clocks then? How much for a clock?”

“No, I’m a mohel,” replies the man behind the counter. “I perform circumcisions.”

“Then why do you have all those clocks and watches in the window?”

“If you were a mohel, tell me, what would you put in your window?”

That joke came to mind when I saw an illustration Monday for an article in The New York Times, “Should you circumcise your child?” The answer, according to physician and columnist Aaron E. Carroll, is … it’s up to you: The medical evidence “fails to make a compelling case in either direction.”

But that illustration! It features a pencil and pencil sharpener (so far, so obvious), but instead of pencil shavings (which would be gross, right?) what emerges out of the sharpener are the petals and florets of a pink flower. I’d try to interpret the image for you, but frankly I am stumped. (If the illustrator, Alvaro Dominguez, responds to my request for a comment, I’ll share it with you). Does it mean that out of the sterile procedure of a circumcision there emerges a beautiful blossom? Flattering, maybe, but not like any bris I’ve ever attended.

To be fair to Dominguez, it isn’t easy to come up with a fresh idea for illustrating an article about circumcision. It all seems to have been done before. Here’s a guide to the major themes. 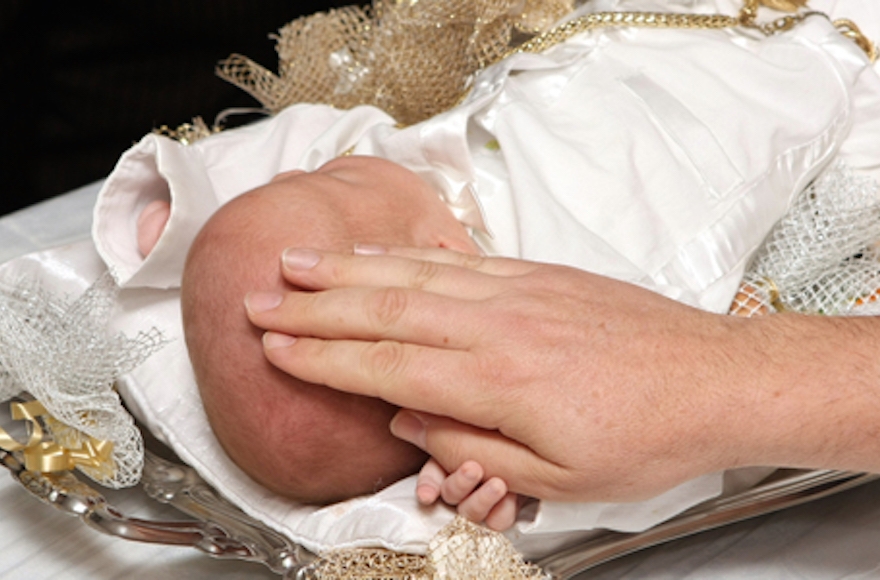 A baby illustrating an article by the Atlantic magazine on circumcision. (Screenshot)

This site went with the tools of circumcision: 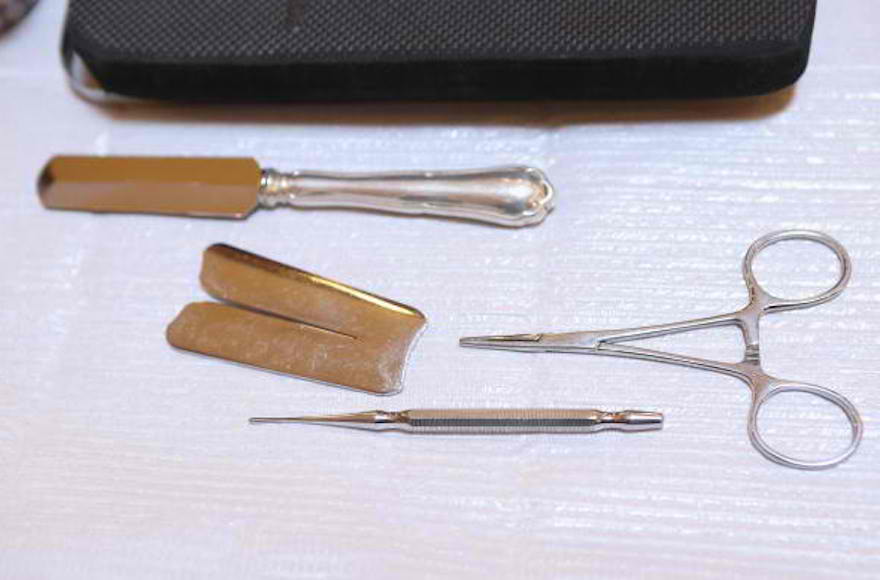 An image of circumcision tools. (Screenshot from Parent Herald)

Kveller, our sister site, took a culinary approach for an article on mohels: 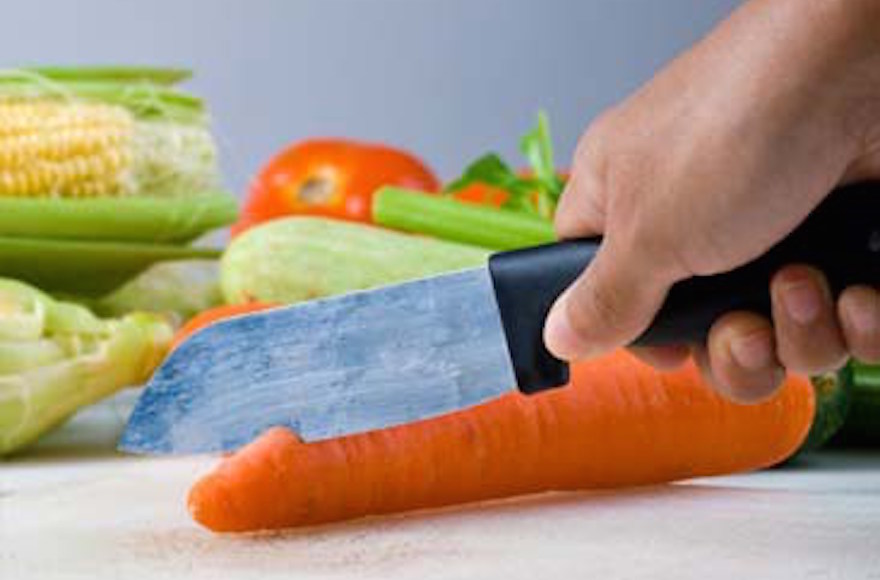 A carrot saying it all. (Screenshot from Kveller) 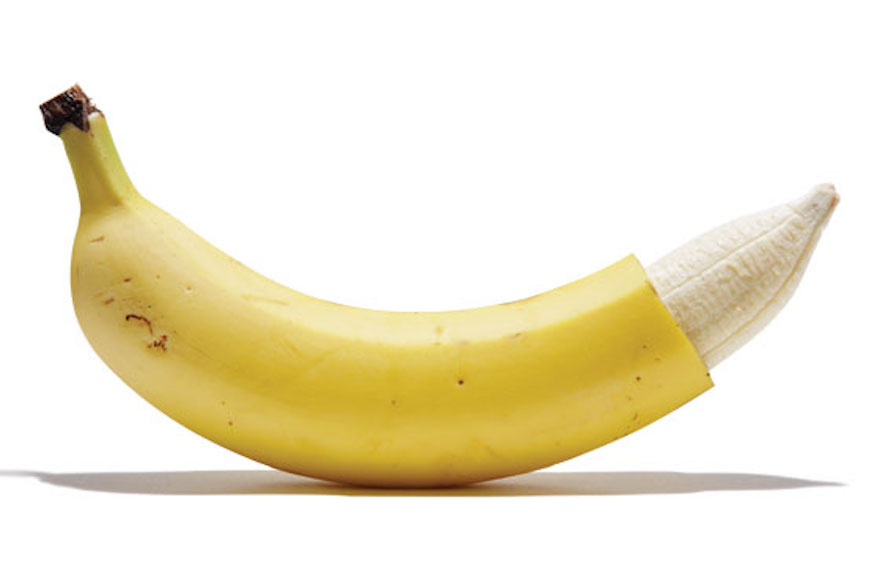 New York magazine going with a peeled banana in an article in defense of the bris. (Screenshot)

It was only a few months back that The New York Times ran an essay, “To Circumcise or Not to Circumcise: A New Father’s Question,” featuring an evocative drawing of a father and a baby approaching a pincer-like subway turnstile: 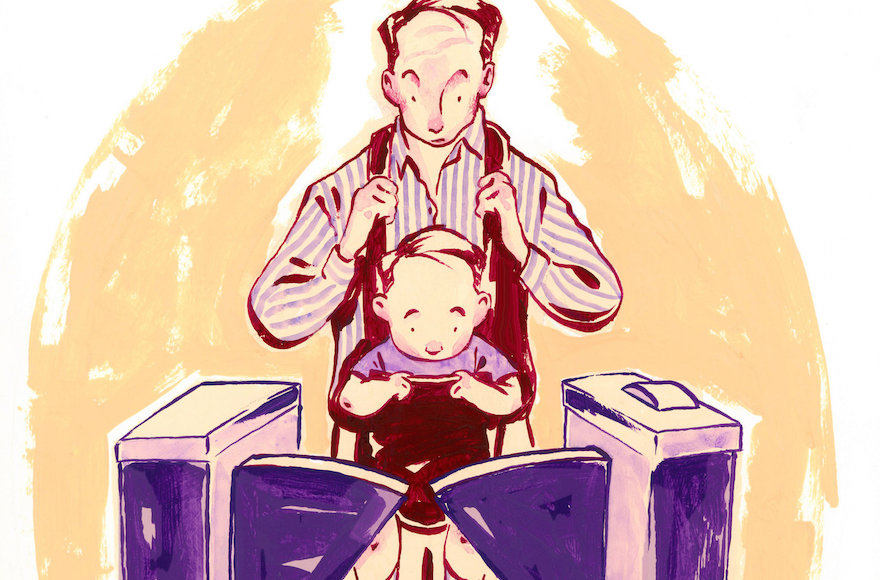 This one, shot from the baby’s point of view, shows a surgeon with a scalpel. It’s as ominous as the article’s title, “Should religious circumcision be banned?” 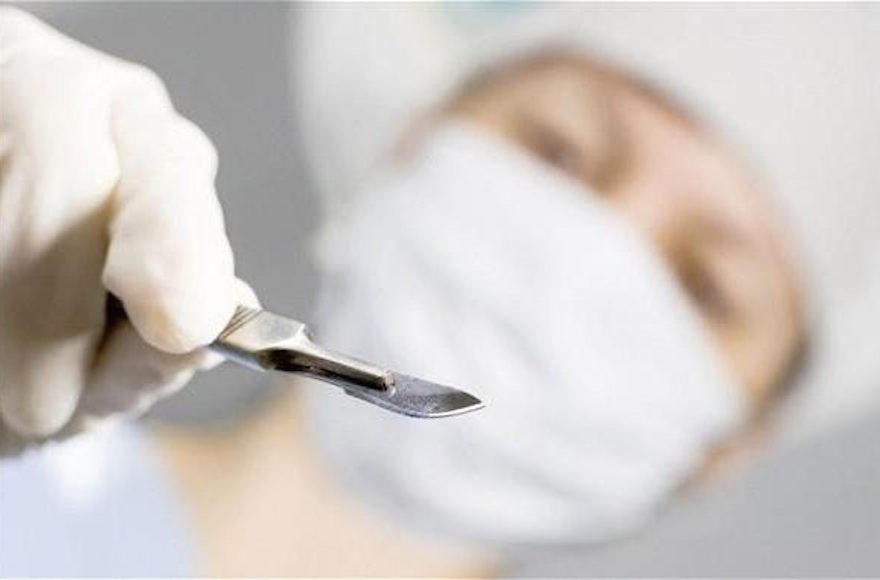 The Telegraph’s frightening image for an article on whether circumcision should be banned. (Screenshot)

Some publications turn to high art – like a reproduction of a 16th-century painting, “The Circumcision,” depicting one of history’s better-known brisses: 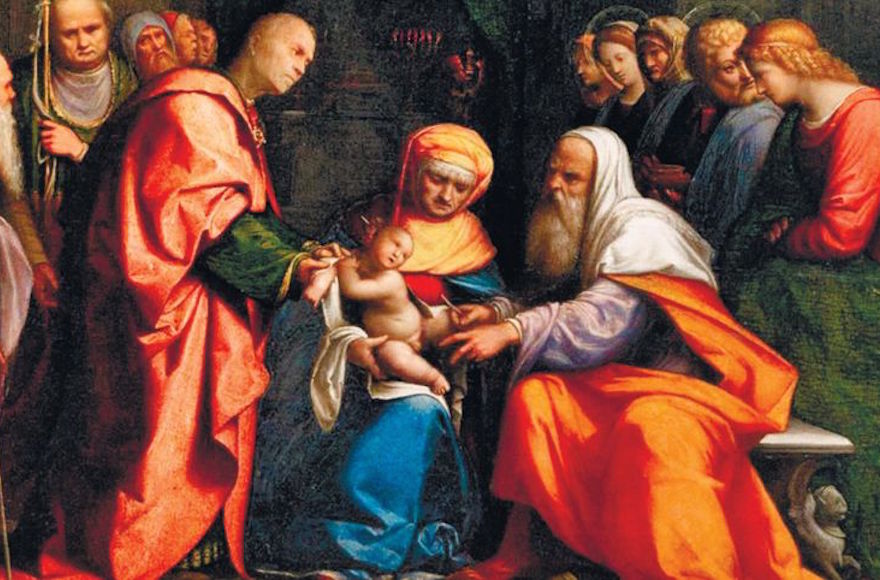 And finally, the Huffington Post picked an illustration of a man protecting the organ at stake for an article titled, “Does Circumcision Reduce Penis Sensitivity? The Answer Is Not Clear Cut”: 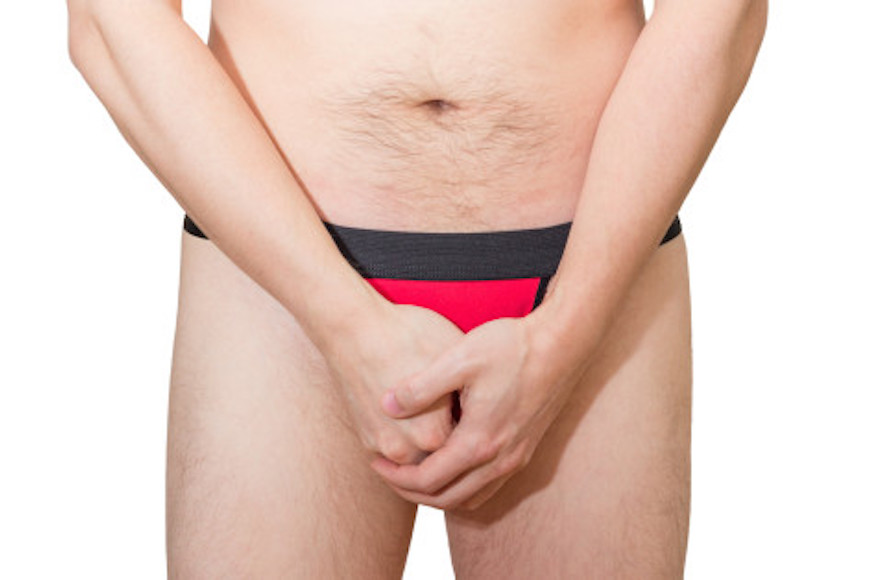 A few takeaways based on my research: News sites love a good circumcision pun. Opponents of circumcision (so-called intactivists) may be small in number but are incredibly active on the web.

And do not, under any circumstances, Google “circumcision” looking for images unless you have a strong stomach.