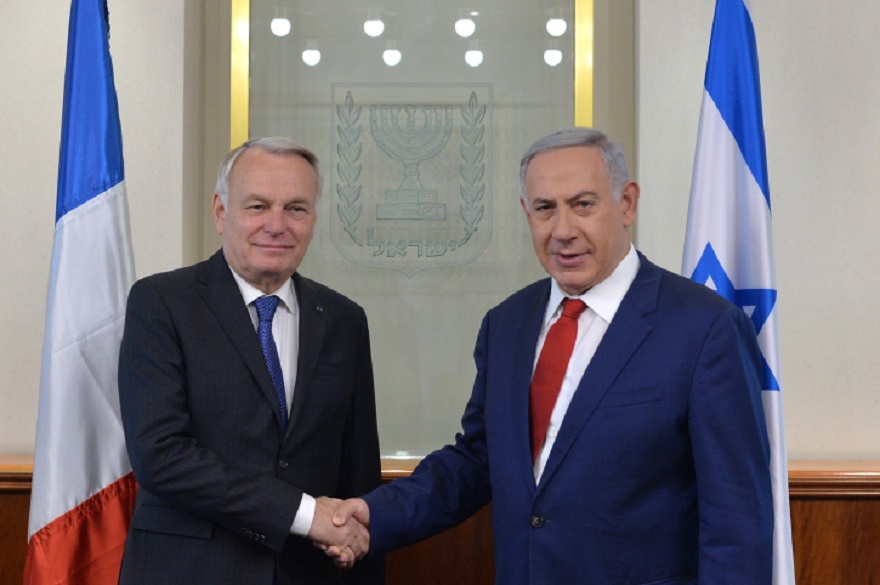 JERUSALEM (JTA) — The foreign minister of France said in Israel that the international Middle East peace summit will take place despite objections by Israel.

“Action must be taken,” Jean-Marc Ayrault said Sunday at Israel’s Ben Gurion International Airport at the close of a one-day visit to Israel and the Palestinian Authority. “[Israeli Prime Minister Benjamin] Netanyahu said he only wanted direct negotiations, but that option is stalled.

“It’s clear to us — and I said this to Netanyahu and Abbas — that we cannot fulfill the role of the two sides,” he said, referring to Palestinian Authority President Mahmoud Abbas. “They will need to carry out direct negotiations but because the process is stuck, they need external help. The goal is to encourage them return to the negotiating table.

“I know that there is strong opposition,” he said, appearing to be referring to Netanyahu. “This is not new and it won’t discourage us. The conference will take place.”

Ayrault said U.S. Secretary of State John Kerry spoke positively of the idea of the conference and that France would be willing to postpone the meeting, scheduled for May 30, which is Memorial Day in the United States, so that Kerry could attend. Kerry reportedly has spoken in recent days with Abbas and Netanyahu about the proposed summit.

Netanyahu said Sunday at the weekly Cabinet meeting that he made it clear to Ayrault during their meeting that he opposed the summit and attempts by France to broker a peace process.

Netanyahu said he told Ayrault that “the scandalous UNESCO decision, which was supported by France, that does not recognize the Jewish people’s ties – which are thousands of years old – to the Temple Mount, casts a shadow on the fairness of any forum that France tries to convene. He told me that this decision stemmed from a misunderstanding and that he would personally see to it that it does not recur. I told him that the only way to advance a true peace between us and the Palestinians is by means of direct negotiations between us and them, without preconditions.

“Our experience with history shows that only this way did we achieve peace with Egypt and Jordan and that any other attempt only makes peace more remote and gives the Palestinians an escape hatch to avoid confronting the root of the conflict, which is non-recognition of the State of Israel.”