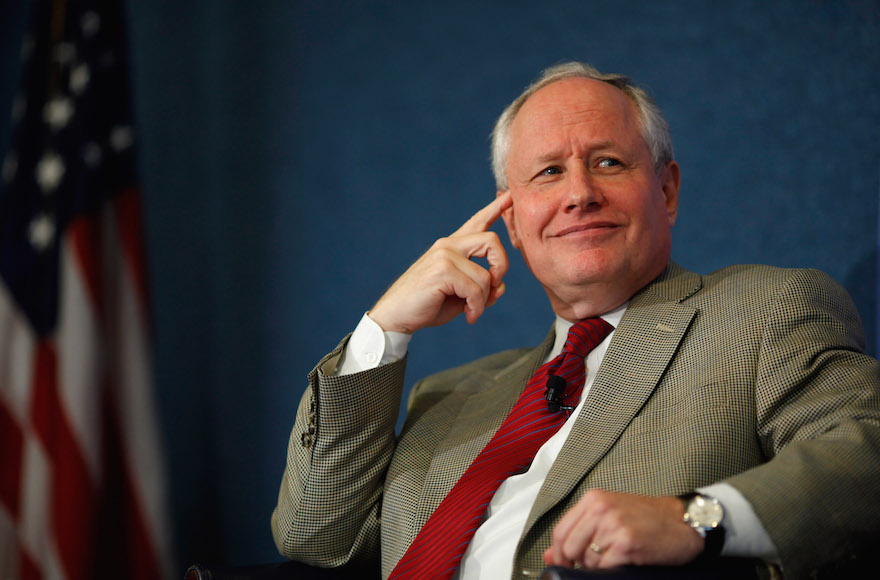 The term “Renegade Jew” is trending on Twitter — and it isn’t because Seth Rogen has been cast as a new superhero.

In the article published Sunday, Horowitz slams Kristol — the prominent Jewish conservative commentator and editor of The Weekly Standard — for opposing Donald Trump’s candidacy even since he became the presumptive Republican nominee for president.

Kristol — who has made his views on the real estate billionaire clear in multiple interviews and a contribution to an anti-Trump edition of National Review — expanded Monday on his thinking in an article for his conservative magazine.

Horowitz spends the majority of his Breitbart article defending Trump’s character and critiquing Kristol’s call to support a third party candidate (including several paragraphs arguing that former heavyweight boxing champion and Trump supporter Mike Tyson has reformed since his 1992 rape conviction). At the very end, Horowitz mentions what he thinks voting for someone other than Trump would mean for Jews.

“To weaken the only party that stands between the Jews and their annihilation, and between America and the forces intent on destroying her, is a political miscalculation so great and a betrayal so profound as to not be easily forgiven,” he writes.

Regardless of their feelings on Trump or third-party plotting against him, Jews on both sides of the political spectrum have had fun with the Breitbart headline’s choice of words.

Several people thought the term “Renegade Jew” would be a great name for a rock band.

I was more into Renegade Jew’s early work.

One Twitter user noted that the phrase would also work as an album name for the world’s most famous Jewish rapper.

If we’re being real tho, “Renegade Jew” would be a title for Drake’s next album.

Another one saw it as the perfect professional wrestling moniker.

Others made movie jokes.

“Renegade Jew” sounds like a working title for a Tarantino flick.

In the end, perhaps renegade is the correct term for Kristol, who doesn’t seemed phased by the whole hullabaloo.

Bill Kristol on Breitbart story calling him a “renegade Jew”: