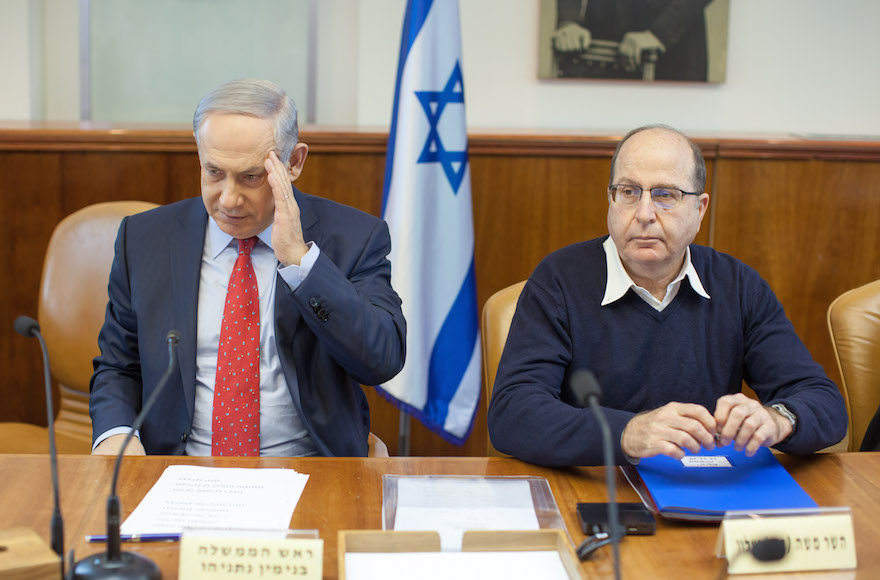 The statement was issued Monday following a meeting between Netanyahu and Yaalon, who was summoned late Sunday night for telling top Israeli army officials that they should continue to speak their minds even if their remarks “stand in contrast with the ideas adopted by senior command or the government.”

It read: “Prime Minister Netanyahu and Defense Minister Yaalon met this morning and clarified the matter. There is no dispute, nor was there ever, as to the army being subordinate to the political leadership, and officers are free to express their views in relevant forums.”

At an event Sunday, Yaalon told the army officials: “Continue to be brave, not only on the battlefield, but also at the conference table,” Yaalon, who has served as defense minister since 2013, said Sunday. “A good military is one in which commanders, junior and senior, feel secure in their ability to speak their mind at any time, knowing they will not be harmed. Keep acting in accordance with your humane conscience and moral compass, and not according to which way the winds are blowing.

“This evening, I call on you and your subordinates, once again, to keep speaking your minds. Do so even if your comments are not part of the mainstream, and even if they stand in contrast with the ideas adopted by senior command or the government.”

The remarks appear to be related to remarks made by the Israel Defense Forces’ deputy chief of staff, Gen. Yair Golan, during a speech earlier this month at the start of Israel’s Holocaust Remembrance Day in which he seemed to draw comparisons between what is happening now in Israel and pre-Holocaust Germany.

Golan was slammed by Netanyahu and other lawmakers and praised by others. Yaalon defended Golan, calling the outcry “an additional attempt of a worrisome campaign to inflict political damage on the IDF and its officers.”