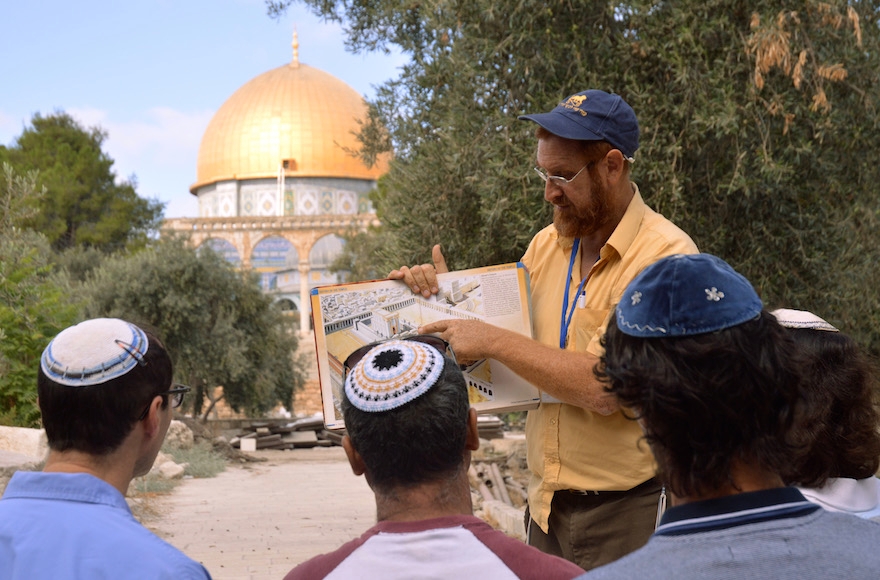 TEL AVIV (JTA) — A year and a half ago he was a fringe Temple Mount activist expected to die, the victim of a point-blank assassination attempt.

This week he will enter the Knesset, the ruling Likud party’s replacement legislator for outgoing Defense Minister Moshe Yaalon.

Yehuda Glick’s journey — from the United States to Israel, from government bureaucrat to outspoken demonstrator at Jerusalem’s most contested site, and from a hospital bed to elected office — is an unlikely one. And Glick’s arrival in the halls of the Knesset reflects the growing reception of his push for Jews’ right to visit and worship on the Temple Mount. Between 2009 and 2014, Jewish visits to the site nearly doubled.

Glick has been barred from the mount — revered by Muslims as the Noble Sanctuary — and was even charged with assault there (the charges were dropped). Glick and his fellow religious activists see his accession to Knesset as a victory for a just cause following his brush with death. Critics, however, say the power he wields could exacerbate tensions at a regional flashpoint.

“I’m sure that I will be involved in the Temple Mount,” Glick told JTA on Sunday. “Just like I use the justice system and the courts, I think the political world has strong institutions to promote issues in a democratic society.”

Glick, 50, is the director of Haliba, an organization that brings Jewish groups to visit the Temple Mount and fights for Jews’ right to pray there. Previously, Glick was the head of the Temple Institute, a group that builds vessels for animal sacrifice and commissions architectural plans for a future Third Temple on the mount.

The Temple Mount is under Israeli sovereignty but, under a deal following Israel’s 1967 takeover of the site, is run by the Islamic Waqf, a Jordanian body. Muslims generally have full access to the site and the exclusive right to pray there. Jews can only ascend the mount during limited visiting hours and are forbidden from doing anything resembling worship such as kneeling, singing, dancing or rending their clothes.

Glick’s critics and supporters alike praise him as a gentle and benign man who seems sincerely interested in enabling members of all religions to coexist on the mount. A 2014 video shows him happily reciting a prayer in Arabic with Muslim worshippers. The men then repeat a verse in Hebrew from Psalm 24.

Analysts say Glick’s activism, however well-intentioned, could empower extremists and heighten an already explosive mood on the mount. Palestinian leaders have accused Israel’s government of planning to change the site’s fragile status quo, which Israeli leaders fervently deny. The recent wave of Palestinian stabbing attacks in Israel began following riots and clashes on the mount.

“He’s part of a movement that deals in pyromania,” said Daniel Seidmann, an attorney and expert in Jerusalem’s geopolitics. “There are few threats that create a clear and present danger to the most vital interests of Israel more than a radical change on the Temple Mount.”

But David Haivri, a spokesman for Israeli settlements in the northern West Bank and a friend of Glick’s, called him “very lovable.” Haivri said that while Glick focuses on a combative issue, he comes at it in a warm and accessible way. 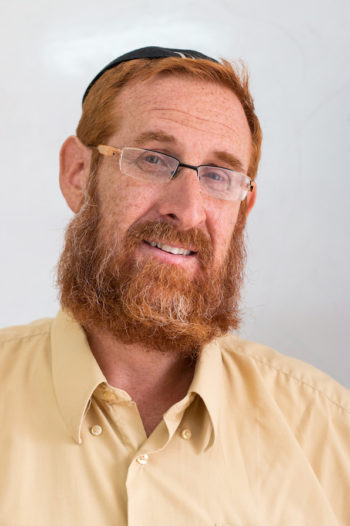 “A lot of people consider him an extremist because he’s so concerned with the right of Jewish prayer on the Temple Mount,” Haivri said. “They’ll discover that he’s bringing that to the table with a different type of platform. Extremism is absent in Yehuda Glick’s platform.”

Some of Glick’s fellow travelers are more provocative. When then-Housing Minister Uri Ariel, a member of the pro-settler Jewish Home party, visited the mount ahead of Rosh Hashanah in 2014, he called for Jews in the future to “ascend the mount and be seen for festivals, to bring sacrifices.”

Glick has also run into his share of trouble at the mount. He has repeatedly been barred from the site and was charged with assaulting a Muslim female activist in 2014. The charges were dropped in February.

Michael Melchior, a former government minister who was active with Glick’s father, Shimon, in the liberal-religious Meimad party, also questioned whether Glick should be celebrated as a voice of tolerance. While Melchior admires Glick’s use of universalist language in his Temple Mount work, he said Glick is inconsistent for not advocating for Palestinian rights.

Glick was born in Brooklyn, New York, moved to Israel at 9 and now lives in the West Bank settlement of Otniel. He attributes his use of the language of civil rights and equality to his American upbringing. Prior to his Temple Mount activism, he worked for nearly a decade in the Ministry of Immigrant Absorption, quitting in protest of Israel’s 2005 withdrawal from Gaza.

He became a symbol of the Jewish Temple Mount movement after a Palestinian gunman shot him three times at point-blank range outside a Jerusalem convention center in October 2014. He was discharged from the hospital that November and a month later competed in Likud’s primaries. He won the 33rd spot on the slate — reserved for an Israeli settler.

Last week, Glick tweeted critically of Prime Minister Benjamin Netanyahu’s decision to oust Yaalon — the decision that gave Glick his Knesset seat. He disapproved of replacing Yaalon — who is viewed as a pragmatist — with the hawkish and unpredictable Avigdor Liberman, whom he criticized on May 18 for his “way of speaking, changing his political opinions depending on the mood, and [his] lack of trust in the prime minister.”