We can help Kosovo become fertile ground for religious pluralism 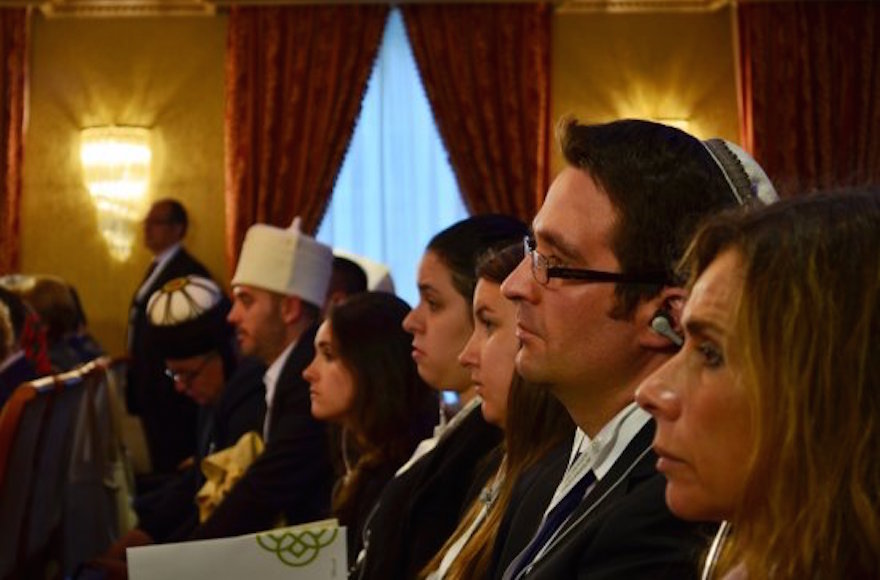 Clergy from around the world attending the opening of the Interfaith Conference in Peja, Kosovo, May 2015. (Marc Perry )
Advertisement

HOBOKEN, N.J. (JTA) — Kosovo is a “newborn” country, a majority Muslim state that fought for its independence from Serbia only eight years ago. Yet it has erected a Holocaust memorial outside its parliament, elected a female president, held pride parades in support of LGBTQ rights and supported the building of a major Catholic cathedral in its capital city to honor Mother Teresa.

As a Jew and a rabbi, I have walked the streets of its capital and several countryside locales with a yarmulke and felt safe and even extensively welcomed when identified by my faith.

Next week, I will return to Kosovo for the third time as a speaker at its annual international Interfaith Kosovo conference. Two Nobel Prize winners will keynote the gathering, and leaders from religious, governmental and nongovernmental organizations from around the world will take part. London’s newly elected Muslim mayor, Sadiq Khan, will be honored alongside Archbishop Vicenzo Paglia of Rome “for their contribution to global dialogue between faiths.”

This is a very different Kosovo than the one depicted last week in a New York Times article titled “How Kosovo Was Turned Into Fertile Ground for ISIS.” According to the article, Saudi Arabia and other conservative Arab gulf states are exporting to Kosovo a conservative Muslim ideology that has inspired Kosovars to take up the mantle of radical Islam. According to the Times, “Saudi money and influence have transformed this once-tolerant Muslim society at the hem of Europe into a font of Islamic extremism and a pipeline for jihadists.”

As an American rabbi, I am in no position to dispute the article’s assertions. Yet I think it would be imprecise to suggest that Kosovo is uniquely prone to radicalism or that the effort to radicalize a historically moderate population is succeeding. In fact, Kosovo merits our attention as a bellwether state and exemplar of how to undermine extremism.

The Times article will certainly not dissuade me from attending the Interfaith Kosovo gathering. My hope is that it will not dissuade others from visiting the country either. If anything, the article should serve as a call to redouble efforts to promote interfaith collaboration, especially in regions prone to conflict.

At next week’s conference, I will have the pleasure of spending time with Kosovo’s foreign minister, Petrit Selimi, whom I consider to be a friend. We have spent long hours reflecting on the challenges and joys of life, of balancing work, family and other obligations, and of making tough decisions for the sake of peace, even when they fill us with anxiety. We have spoken of marrying people who excel professionally in their own right and challenge us to be better human beings and to dedicate ourselves to gender equality at home and in the workplace. 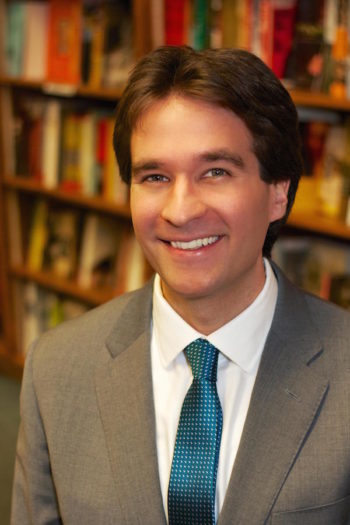 If there is one key difference between Kosovo and so many other countries facing down extremism, it might be leadership. Yes, its politics can be messy and complicated. Yes, it is one of the newest countries on earth. But its leaders care deeply and have been visionary in positioning Kosovo as a center for interfaith collaboration and dialogue rather than of strife and extremism. Selimi exemplifies this, especially in his founding of the Interfaith Kosovo initiative.

Selimi was as ever articulate in refuting the Times article.

“According to an opinion poll by the British Council, Kosovo[’s population] supports by 98 percent membership in the EU, and we are the first country in all of the Balkans that has elected a female president some five years ago,” he told me.

The foreign minister also sent me a reply (in his translation) from President Hashim Thaci, who played a key role in the founding of Kosovo and remains a central guide for the fledgling country.

“Our little republic was facing genocide only 17 years ago, yet we managed to reconstruct our houses, rebuild our society, and re-create the intercommunal and interfaith tolerance that we became famous for,” Thaci wrote.

Thaci acknowledged that in “the years after the war, radical elements on the margins of [the] Islamic community tried to usurp the traditional position of Islam in our secular society by attempting to recruit young people for ISIS and other evil causes.”

Yet, he insisted, “we as a state, we as a society responded – and we responded forcefully.”

Noting the use of Kosovo’s legal system to prosecute those who have perpetrated or planned extremist violence, Thaci shared evidence of the country’s initial successes, saying the number of Kosovars who have joined the “extremist” cause in Syria is less than in most EU member states.

I met privately with Thaci when I was in Kosovo last year, joined only by his security detail and Selimi. The reverence he is shown there should not be overlooked. It is as though Kosovo’s George Washington or Thomas Jefferson is taking a public stand against extremism and for religious pluralism.

Kosovo is located near the heart of the Balkans, and its citizens have endured great hardship in prior decades. It continues to grapple with questions of national identity. But I remain optimistic that its political and social leadership can overcome external pressures. Kosovo has much to share and much to teach, and I look forward to visiting the country once again.

(Rabbi Joshua M. Z. Stanton is a congregational rabbi who has dedicated much of his young career to interfaith collaboration.)