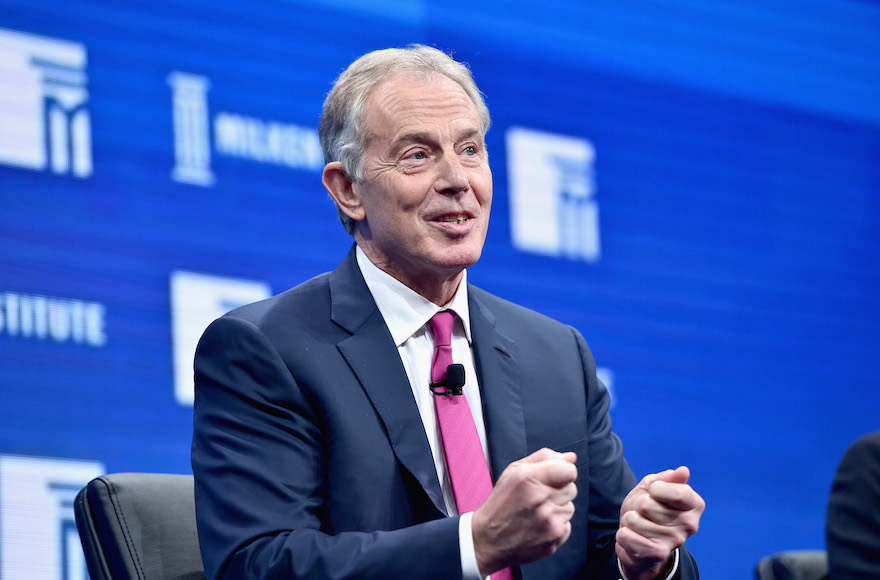 The Arab Peace Initiative, first proposed in 2002 and reaffirmed in recent years, calls for full normalization between Israel and the Arab world in exchange for an Israeli withdrawal from the West Bank and Golan Heights. It would include land swaps, the establishment of a Palestinian state and a negotiated agreement on Palestinian refugees. Israel has never formally responded to the proposal.

Until last year, Blair served as an envoy for the Quartet, an alliance of the United States, European Union, United Nations and Russia that seeks Israeli-Palestinian peace. In recent weeks, he had unsuccessfully worked with the ruling Israeli Likud party and opposition Zionist Union party to form a unity government that would advance the peace process, according to Haaretz. He also worked with Sisi to support the talks.

“Provided the Israeli government is ready to commit to a discussion around the Arab peace initiative … it would be possible to have some steps of normalization along the way to give confidence to this process,” Blair said, according to Haaretz. “With the new leadership in the region today that is possible. A lot will depend on the response of the Israeli government to President Sissi’s initiative and to the Arab Peace Initiative, and to whatever steps the Israelis are ready to take.”