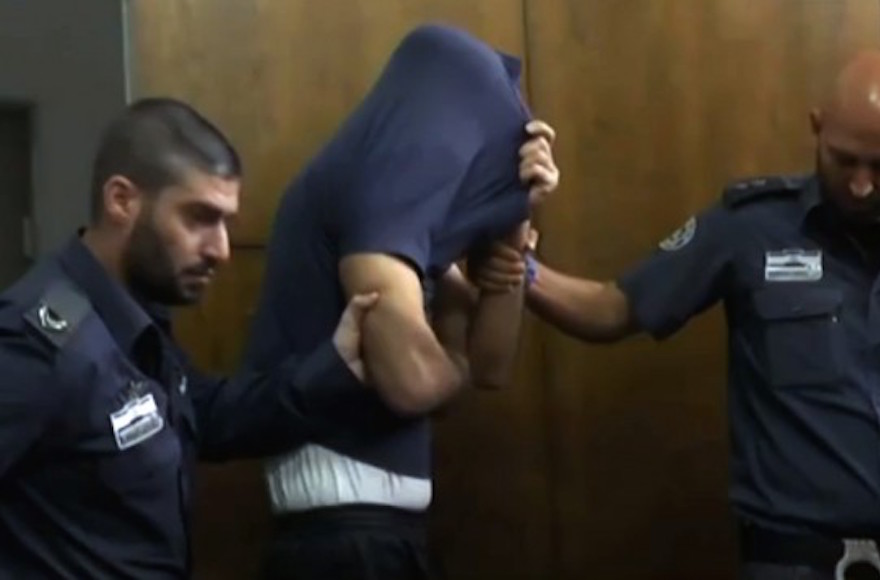 One of two Palestinians cleared of raping a disabled Israeli woman in Tel Aviv court, June 1, 2016 (Screenshot from Walla)
Advertisement

(JTA) — A developmentally disabled woman who said she had been raped by three Palestinians because she is Jewish reportedly recanted her version of events.

The woman, a 20-year-old resident of Tel Aviv whom Israeli media described as having a reduced cognitive ability, told police that she had been gang raped on May 11, the eve of Israeli Independence Day, in southern Tel Aviv.

The story rocked Israel, especially after Prime Minister Benjamin Netanyahu leveled — and later withdrew — charges that the media and political class had ignored the rape for political reasons.

But on Wednesday, police said the accuser claimed that she consented to having sex with the three men.

Subsequently, the two Palestinians in custody for the alleged rape would soon be released, a police spokesperson told Army Radio.

But the woman’s lawyer, Adi Carmeli, insisted she had been raped, as “legally she cannot consent” to sex because of her disability. The woman was appointed a legal guardian, her aunt, because she is not able to make legally binding decisions, he said.

The woman accused two Palestinians in their 20s and another Palestinian minor of raping her while hurling racist insults at her. One of the alleged attackers, she had said, told her while she was being raped: “You’re a Jew and that’s what you deserve.”

The minor and another suspect denied any wrongdoing as police searched for a third suspect.

The case generated a heated debate amid conflicting statements by police investigators on the alleged nationalistic element of the incident. Netanyahu last week made a statement on Facebook in which he accused the media of silencing the incident and vowed to punish the guilty parties. He later apologized for commenting on the incident while it was still being investigated, citing his emotional state caused by how “shocking” the incident was.

The woman reportedly was visiting her aunt in the same building where the men lived. She entered the men’s apartment at their invitation, she said. At least one of the men relieved himself on the victim, according to what police told reporters after the incident.

Other politicians also criticized the police for waiting nearly a week to divulge details about the case and then only following Netanyahu’s post. Michal Rozin, a lawmaker for the left-wing Meretz party, pointed to the police’s failure to offer information earlier, calling it an attempt to hide the case from the public even though some of its details were not subject to a gag order.

Rozin also took to Facebook to criticize Netanyahu’s reaction to the incident, which she said was used by Netanyahu “for political ends, to foment hatred and dissent.”