Hillary Clinton: US has ‘moral obligation’ to support Israel 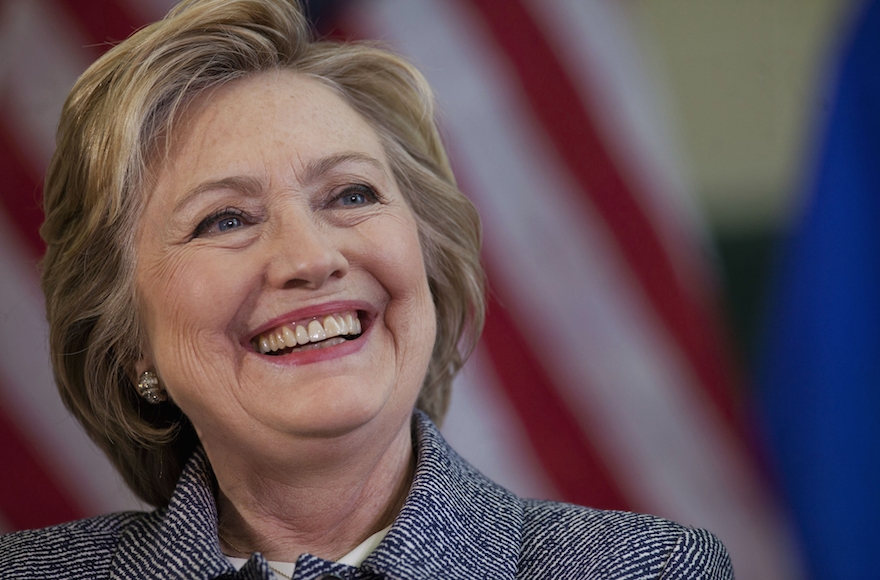 (JTA) — Democratic presidential front-runner Hillary Clinton said the United States has a “moral obligation” to support Israel and that “making Donald Trump commander-in-chief would be a historic mistake.”

In a San Diego speech focused on foreign policy and national security, Clinton said Thursday that the Jewish state’s security “is non-negotiable,” according to several media outlets.

Clinton also said that Trump, the presumptive Republican nominee, is “temperamentally unfit to hold an office that requires knowledge, stability and immense responsibility.”

Clinton also criticized Trump’s remarks, made earlier this year, that he would be “neutral” in addressing the Israeli-Palestinian conflict. In the 30-minute speech, she voiced support for the Iran nuclear deal, which Israel vehemently opposed, but noted that “we must enforce that deal vigorously … our approach must be distrust and verify,” according to Jewish Insider.

While Trump has voiced opposition to the deal, Clinton said he had offered no alternative to prevent Iran from obtaining nuclear weapons.

“Donald Trump doesn’t know the first thing about Iran and its nuclear program,” she said.

In touting her foreign policy credentials, the former secretary of state cited her success at brokering a cease-fire between Israel and Hamas.