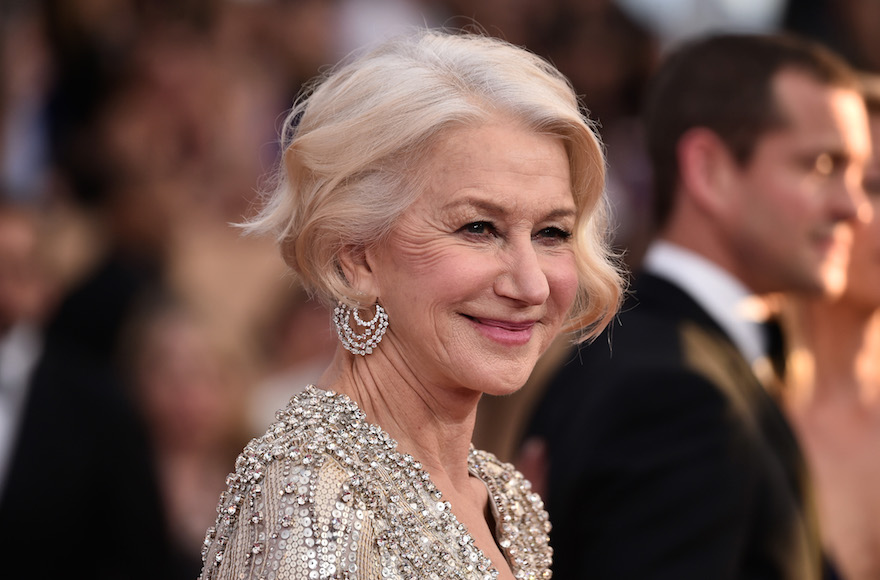 WASHINGTON (JTA) — Helen Mirren testified to the U.S. Senate about the importance of restoring art stolen by Nazis to its rightful owners.

Mirren, the Oscar-winning British actress, appeared Tuesday at a hearing on a bill that would grant claimants more time to reclaim stolen art works.

Mirren said she became steeped in the issue while playing Maria Altmann in the 2015 film “Woman of Gold.” Altmann battled the Austrian government for years until in 2004 she recovered works stolen from her family by the Nazis.

“Victims of Nazi theft should not have to demonstrate the boldness and capacity that Maria Altmann had to reclaim what was rightly theirs,” Mirren said.

“When the Jewish people were disposed of their art, they lost their heritage,” she said. “To have no memories is to have no family.”

Mirren was testifying before a joint meeting of the Judiciary Committee’s subcommittees on the Constitution and on Oversight, chaired respectively by Sens. John Cornyn and Ted Cruz, both Texas Republicans, who together with Sens. Chuck Schumer, D-N.Y., and Richard Blumenthal, D-Conn., are sponsors of the bill.

The bill, introduced in April, would reset the statute of limitations, making it six years from the date that the art in question is identified and located, and from when the claimant has shown evidence of possession of the art. In some cases, defendants were able to avoid restitution because states had statutes of limitations as short as three years.

The full committee’s chairman, Sen. Chuck Grassley, R-Iowa, said during the hearing he would expedite consideration of the bill.

“Make no mistake, this crime continues to stain the art world,” Lauder said, referring to the wholesale theft of Jewish-owned art by the Nazis.