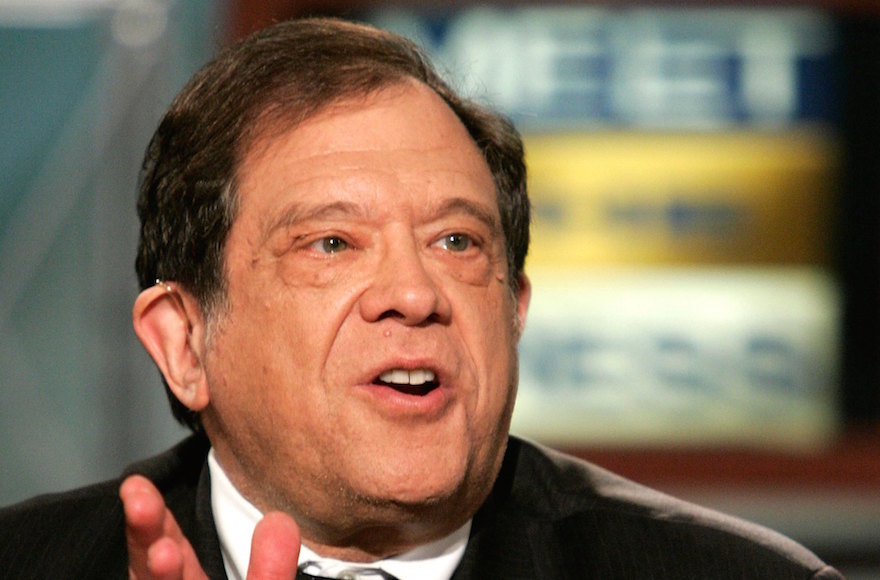 Rabbi Michael Lerner speaking during a pre-tape of "Meet the Press" at the NBC studios in Washington, D.C., April 12, 2006. (Alex Wong/Getty Images for Meet the Press)
Advertisement

“I am deeply humbled and honored to be invited to speak at Muhammad Ali’s funeral,” Lerner, the editor of Tikkun Magazine, wrote on Facebook. “It has been several decades since I worked with Muhammad Ali in the peace movement challenging the Vietnam War. The US government indicted both of us for our nonviolent actions against that war. But that was many decades ago. So imagine my surprise to receive a call on Sunday morning from Muhammad Ali’s family who invited him to be a speaker at the funeral/memorial ceremony.”

The funeral is scheduled for Friday in Louisville, Kentucky. Ali died last Friday at 74. He had Parkinson’s disease for more than 30 years.

Jewish actor-comedian Billy Crystal, who is know for his imitation of Ali, will also speak at the funeral, along with representatives of Islam, Christianity, Buddhism, Mormonism and Catholicism. Former U.S. President Bill Clinton will deliver a eulogy. Other speakers include Ali’s wife, Lonnie; his daughter Maryum, and sportscaster Bryant Gumbel.

Turkish President Recep Tayyip Erdogan and King Abdullah II of Jordan reportedly had been scheduled to speak at the ceremony and then were removed from the program due to the number of speakers.

The ceremony will be led by California imam and scholar Zaid Shakir. Jenazah, a traditional Muslim funeral service, will be held Thursday.

Lerner’s Tikkun reported that the Ali family member who called the rabbi to ask him to participate in the memorial ceremony told him that Muhammad Ali and his wife “had been fans of his for many, many years.” Lerner said he had not heard from Ali since 1995, when the boxer sent him a note to commend him on the book he wrote with Cornel West titled “Jews and Blacks: Let the Healing Begin.”