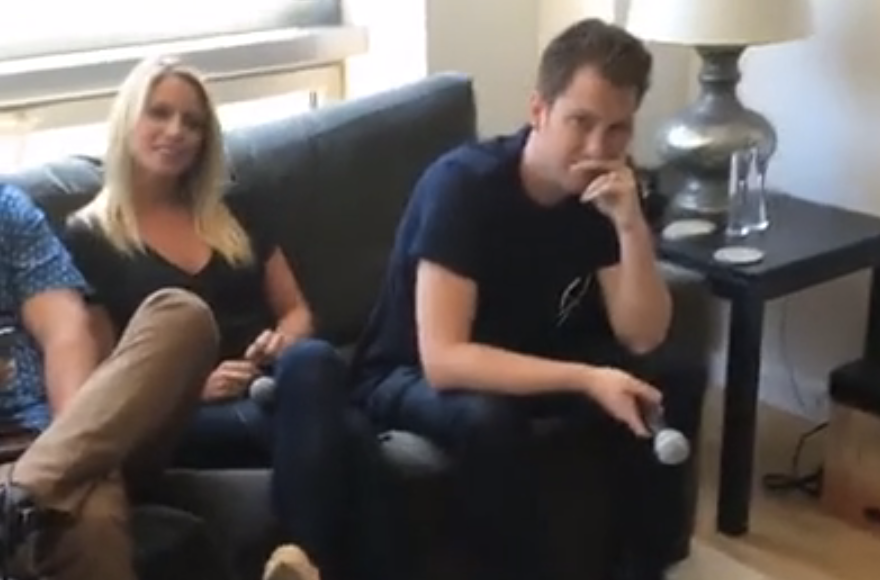 (JTA) — A Fox Sports sideline reporter has been fired for making racist and anti-Semitic comments on a live Facebook broadcast.

In the broadcast Thursday on Barstool Sports’ Facebook Live, Emily Austen, 27, said Jewish people are stingy and expressed surprise that a Mexican immigrant was a high school valedictorian because, “I didn’t even know Mexicans were that smart.” She also made a stereotypical remark about Chinese Americans.

Citing an unnamed source with the Tampa Bay Rays, who Austen covers, Business Insider reported Friday that Austen had been fired for the comments and will not appear on any future game broadcasts.

In a statement first published on Deadspin, Fox Sports Florida senior vice president Steve Tello said: “We were made aware that Emily Austen appeared in a social media video unaffiliated with FOX Sports in which she made insensitive and derogatory comments. She was not speaking on behalf of FOX Sports, nor do we condone any of the statements she made in the video. Emily has been advised that her comments were unacceptable, and she is not scheduled to appear on any upcoming FOX Sports Florida or FOX Sports Sun broadcasts.

Austen’s broadcast Thursday included  a rant about Jewish customers at an establishment where she worked in Boca Raton, Florida.

“The way I used to talk to the Jews in Boca. … I just didn’t care,” she said. “They would complain and b**** about everything. I gave a guy, delivered his beer, and he was complaining to me that there was too much head. I knew that he was a stingy a** and he wasn’t going to give me a tip.”