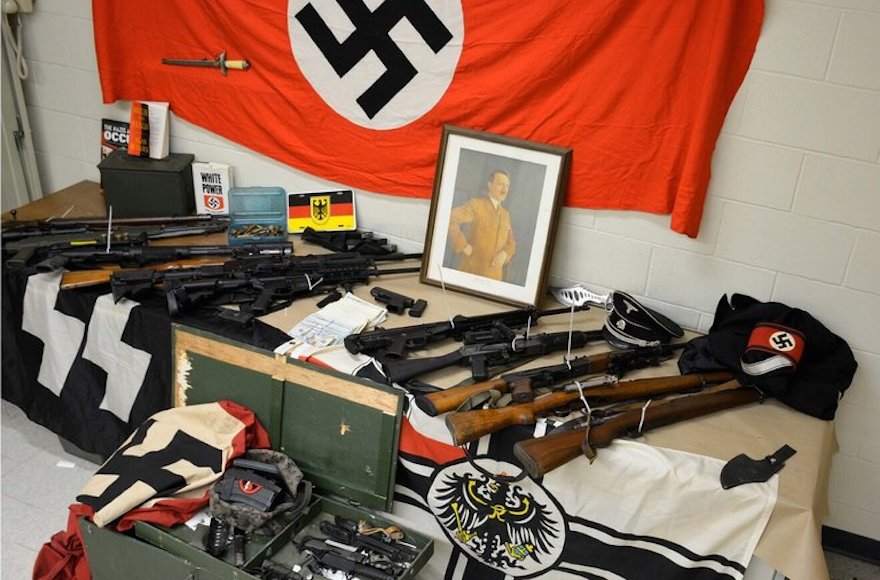 (JTA) — A man with a stash of assault rifles, bomb making instructions and Nazi paraphernalia in his home in Long Island, New York, was arrested on weapons charges.

Police found multiple rifles and magazines of ammunition, photographs of Adolf Hitler, flags with swastikas and a binder full of instructions on how to construct a bomb, along with marijuana and psilocybin mushrooms.

“Today’s search warrant might have prevented a deadly, violent incident, like the one we recently saw in Orlando,” said Suffolk County police commissioner Timothy Sini.

A friend of the brothers said told CBS New York that they are not neo-Nazis.

“They are not Nazis. They are not neo-Nazis,” the man only identified as Bob said. “His brother sells merchandise, Army surplus stuff.”

Others expressed relief that the brothers were arrested.

“Cops must have been called here at least 15, 20 times,” neighbor Larry Bilello said. “We never had any problem until those people moved in.”