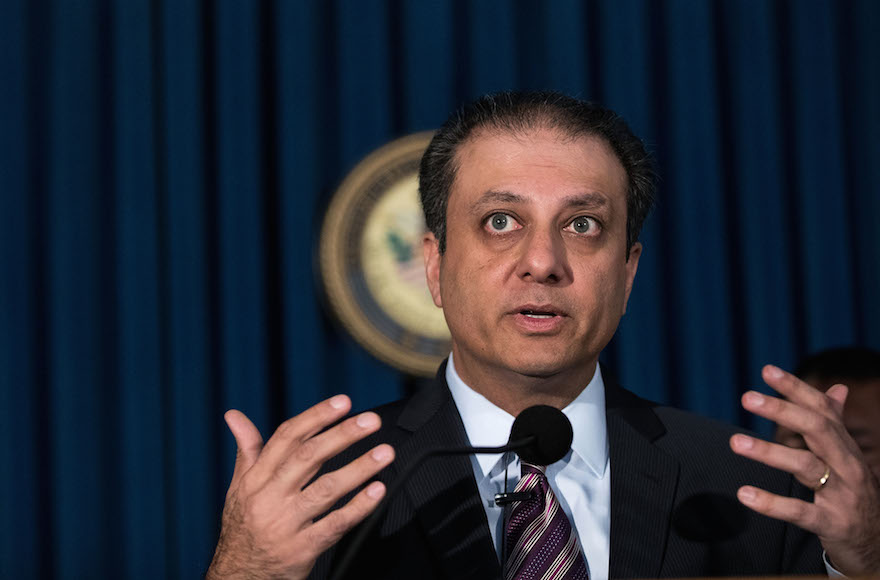 Two of the officers arrested Monday are alleged to have accepted tens of thousands of dollars worth of bribes from Reichberg, 42, who had been at the center of the larger ongoing probe along with Jona Rechnitz, a fellow businessman and de Blasio fundraiser.

Rechnitz, who also has been charged with bribing police officers, pleaded guilty earlier this year and is believed to be cooperating with the investigation.

In one instance, according to court papers cited by CBS News New York, Reichberg and an unidentified businessman allegedly donned elf hats on Christmas in 2013 as they delivered lavish gifts to the Staten Island home of a deputy inspector, James Grant, who was one of the three officers arrested Monday. Grant allegedly was caught on a recorded telephone call a year later complaining that his two “elves” did not come for Christmas that year.

Also Monday, the court made public the guilty plea of Officer Richard Ochetal of the NYPD’s gun licensing division for accepting bribes in exchange for expediting gun licenses.

The probe has focused attention on the cozy relationship between, among other groups, New York-area haredi Orthodox  groups, Jewish philanthropists, law enforcement and local politicians. In one thread of the probe, City Hall froze two grants in April to a volunteer Jewish police force in Borough Park because of its ties to a businessman, Alex Lichtenstein, who is alleged to have  bribed NYPD officers for gun permits.

In another thread, the New York City Council discontinued its funding for a training program run by the Simon Wiesenthal Center’s Museum of Tolerance because two of its supporters — including a former museum trustee — have been implicated in a union kickback scheme at the center of the probe. The Simon Wiesenthal Center said it was not aware of any alleged unethical or illegal activities regarding its donors.

U.S. Attorney Preet Bharara announced Monday that Grant, Reichberg and Deputy Chief Michael Harrington were charged in Manhattan federal court with conspiring to commit honest services wire fraud for a bribery scheme involving tens of thousands of dollars in meals, trips, home renovations and other benefits. According to the complaint, bribes from Reichberg included Super Bowl tickets, expensive trips and even prostitutes.

Sgt. David Villanueva, the third police officer arrested Monday, was charged in Manhattan federal court for accepting cash bribes to expedite and approve gun licenses for Lichtenstein, a member of a Jewish volunteer safety patrol. Lichtenstein was charged in April.

Susan Necheles, Reichberg’s lawyer, said in an email to CBS News that her client “did not commit a crime” and that his “only mistake” was trusting a government cooperator “who is desperately trying to get others in trouble in order to curry favor with prosecutors and save his own skin.”

Monday’s arrests came two weeks after federal prosecutors charged Norman Seabrook, president of the city’s correction officers union, and Murray Huberfeld, the hedge fund financier who sat on the Simon Wiesenthal Center board, as part of the same investigation.