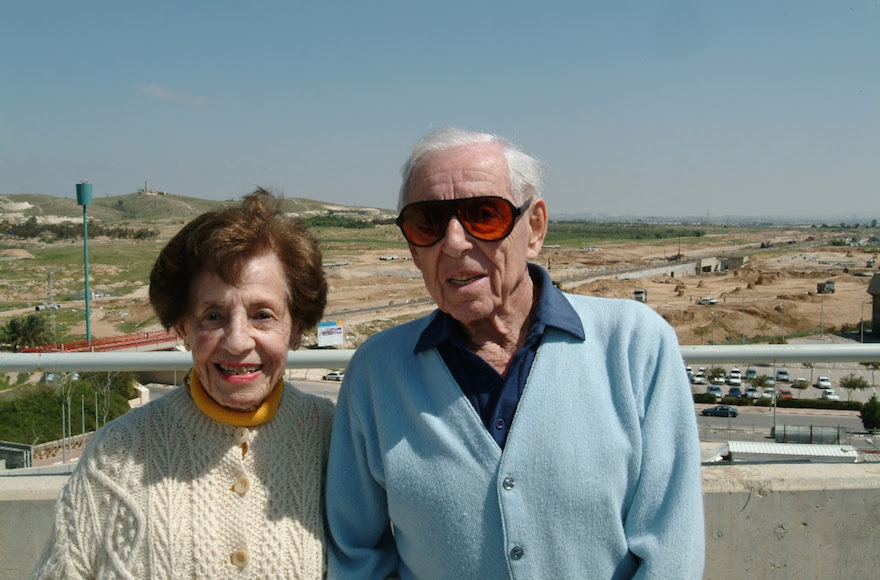 (JTA) — A $400 million gift to Ben-Gurion University of the Negev, earmarked in large part for water research, is believed to be the largest-ever bequest on behalf of an Israeli university.

The university’s American fundraising organization announced the gift by the estate of Dr. Howard and Lottie Marcus of San Diego, California, on June 24. Lottie Marcus died this past December at age 99; Howard died in 2014 at age 104. The family made its fortune investing with Warren Buffett.

The gift will establish a permanent endowment that is expected to yield assets that more than double the size of the current university endowment, according to American Associates, Ben-Gurion University of the Negev. A substantial portion is earmarked for BGU’s water research at the Zuckerberg Institute for Water Research, which studies sustainable use of water resources, desalination technologies, water quality and microbiology.

Named for New York philanthropist Roy J. Zuckerberg, the Institute was founded in 2002 within the Jacob Blaustein Institutes for Desert Research at BGU’s Sde Boker campus.

The Marcuses, who became involved with BGU in 1997, were fascinated by the university’s work in desalination and desert farming. “They believed that peace could come to the Middle East if water scarcity could be addressed,” said AABGU’s Southwest regional director Philip Gomperts in a statement.

But they were interested in Israel for other reasons as well, having fled Nazi Germany in the 1930s.

“Both Howard and Lottie lost nearly all members of their German-Jewish families — families that were annihilated by the Nazi Holocaust. Their legacy is a triumph over the forces of evil that very nearly erased them from the face of the earth more than 70 years ago,” said AABGU president Lloyd Goldman.

In the statement announcing the gift, Buffett recalled meeting the couple in the early 1960s through Wall Street investor and Columbia Business School instructor Benjamin Graham. “We hit it off, and they joined my investment partnership. Knowing them, it comes as no surprise that they elected to use their financial success to enhance the lives of thousands of Israeli young people,” said the chairman  and CEO of Berkshire Hathaway.