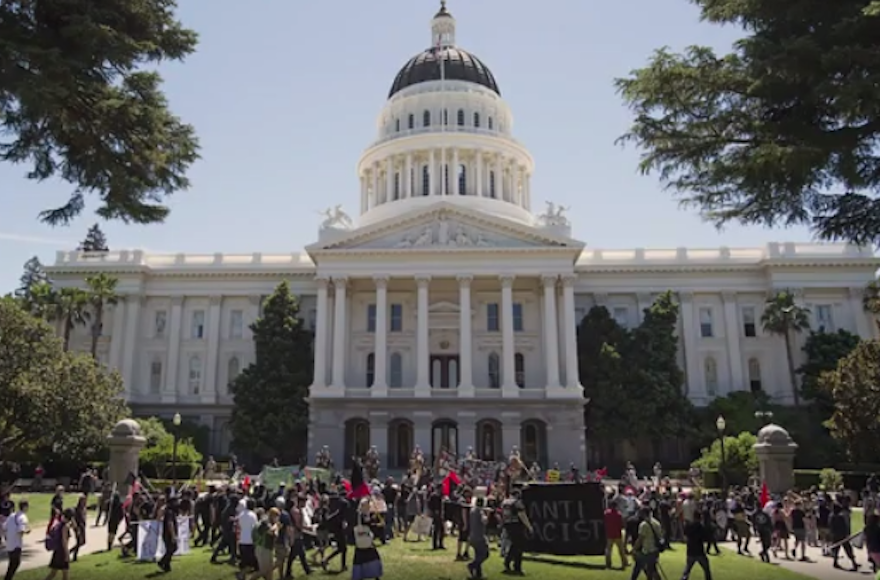 (JTA) — At least five people were stabbed during a riot at a neo-Nazi rally on the steps of California’s state Capitol in Sacramento.

Some 25 neo-Nazis, part of the Traditionalist Worker Party, had permission to rally on the Capitol steps, the Sacramento Bee reported.

The riot broke out when 150 anarchists and “anti-fascist” protesters arrived to counter the rally, according to the Bee. The stabbing victims came from each side, Sacramento Police Chief Sam Somers told the newspaper.

The counterprotesters called the members of the Traditionalist Worker Party “Nazis” and “fascists.” The party bills itself as “defending faith, family, and folk against the politicians and oligarchs who are running America into the ground.”