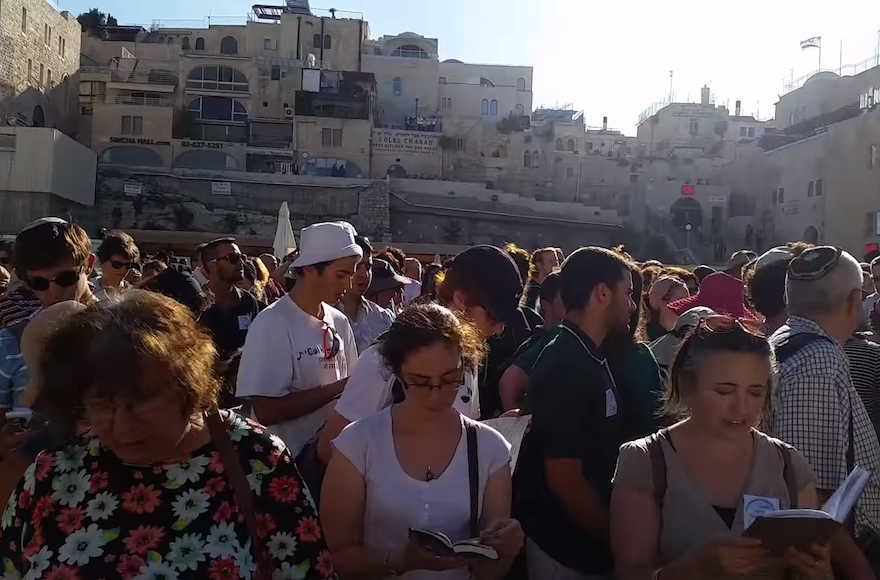 (JTA) — A group of Orthodox Jewish organizations is hoping Israel’s High Court of Justice will stop a non-Orthodox prayer section from being added to the Western Wall.

The group filed an urgent petition Wednesday opposing a government plan that was announced in January but has not yet been implemented, the Kol Hazman news site reported.

According to the petition, the government’s decision, setting aside a section of the holy site where men and women can worship together and women can read from the Torah, is invalid because neither the government nor its advisory committee consulted beforehand with the Chief Rabbinate.

LIBA, an organization that promotes Orthodox Judaism in Israeli society, filed the petition along with several other religious groups, according to The Times of Israel.

The Chief Rabbinate has been outspoken in its opposition to the plan. Israel’s former Sephardic chief rabbi, Shlomo Amar, said earlier this month that liberal Jewish proponents of a non-Orthodox prayer space are “wicked” people who would “find themselves outside” the Jewish people if their lineage was examined. Allowing such a space, he said, would be an “unforgivable wrong.”

Amar, now the Sephardic chief rabbi of Jerusalem, earlier this month also led an Orthodox prayer service at a space near the Western Wall that for years has been reserved for egalitarian worship. That prompted a protest egalitarian prayer service later that week, which haredi Orthodox Jews disrupted by throwing bottles, singing loudly and shouting “You are not Jews.”