Bernie Sanders picked as a headlining speaker at Democratic convention 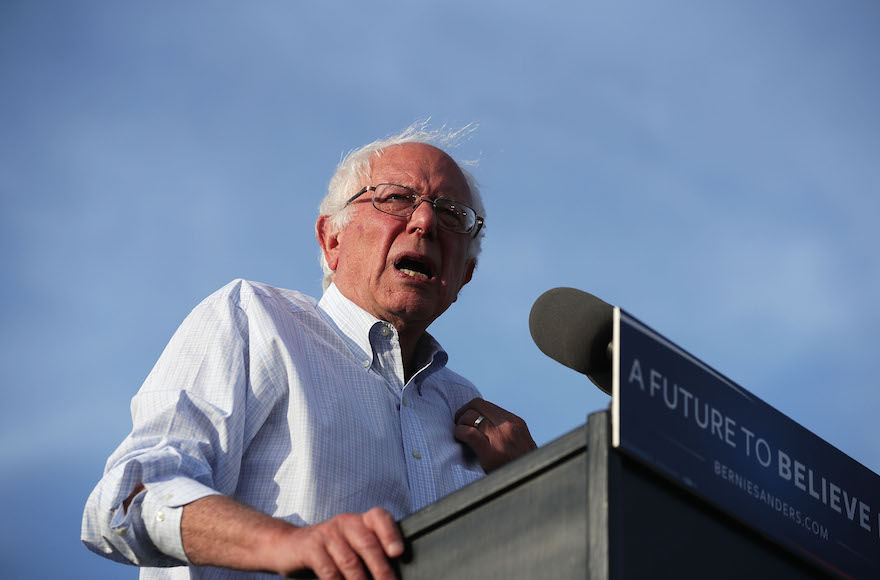 CLEVELAND (JTA) — Bernie Sanders will be a headlining speaker at the Democratic convention.

Sanders, the Independent senator from Vermont and the first Jewish candidate to win major party nominating contests, will speak the first night, July 25, as will Michelle Obama, the first lady.

Last week, Sanders endorsed Hillary Clinton, who won the Democrats’ presidential nomination. A prime speaking slot was one of his conditions for the endorsement, as well as the inclusion in the platform of some of his campaign planks, including a $15 minimum wage, Wall Street regulatory reforms and an overhaul of campaign finance.

Also speaking, according to the convention press office, are President Barack Obama, Vice President Joe Biden and former President Bill Clinton. Chelsea Clinton, the daughter of the presumptive and former president, will speak on July 28, the last night of the convention, prior to Hillary Clinton.