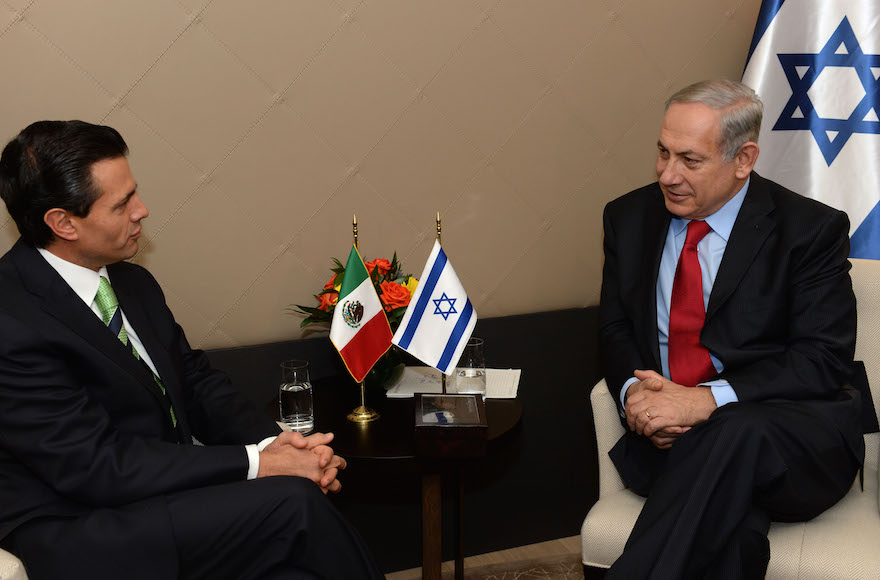 RIO DE JANEIRO (JTA) — The commercial ties between Mexico and Israel will be expanded, aiming at tripling current trade figures, according to Israel’s ambassador in Mexico.

In 2015, two-way trade between the nations amounted to $700 million, a 300 percent increase since the nations signed a trade agreement in 2000.

“This is a very timely moment for the relationship between Mexico and Israel, which is expressed at political, economic and cultural levels,” the ambassador, Jonathan Peled, told El Universal newspaper Thursday, citing President Enrique Pena Nieto’s scheduled visit to Israel in 2017 as a booster of technological cooperation.

The agreement will be updated as of 2017 to cover other areas such as investment and services. Israel is Mexico’s biggest trading partner in the Middle East and 42nd globally.

A Mexican “ProMexico” trade office is expected to be opened soon in Israel. Some 200 Israeli companies have offices in Mexico and more are expected to come, according to the diplomat, who said there are reasons beyond the economic ones the Israelis and Mexicans should be doing more business together.

“We were one of the first to recognize Israel, in 1950,” Mexico’s ambassador to Israel, Benito Andion, said in an interview with The Times of Israel last year. “Our Jewish community is well integrated and well respected, and it has wonderful ties with other Mexican communities, as well as with Israel. Many of our Jewish youth have spent time in Israel and served in the IDF. To me, Israel and Mexico are a natural fit.”

Mexico is home to some 50,000 Jews, Latin America’s third-largest Jewish community after Argentina and Brazil.